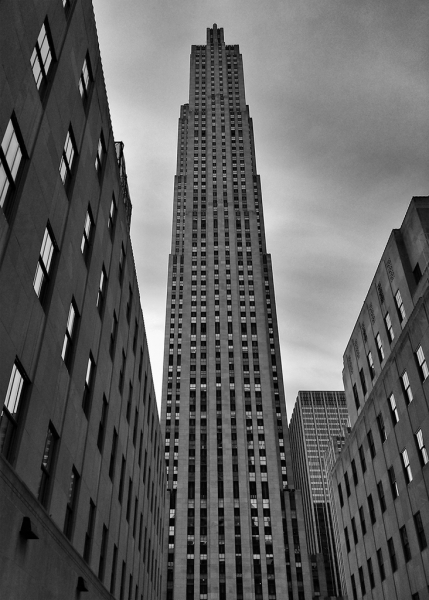 I spend most of my days working in a giant glass tower. No matter what you may think of the Comcast Center building from the outside, it's amazing on the inside—the fact of which you'll have to agree with, if and when they let you go beyond the lobby. Fortunately, I have a magic ID card that lets me go pretty much wherever I want in the giant glass tower.

I spent Tuesday working in the GE Building at 30 Rockefeller Plaza. That's where NBC films a lot of their more popular television shows. I've got strong opinions about television shows as a cultural practice, but Television pays me more than enough to keep off my soapbox for fear of being found out a hypocrite.

Today I'm celebrating my birthday alone in Arlington, Virginia. I'm here on an all expense paid trip to go to a job interview. It's a ridiculous life.

Previous: Look How High We Were!
Next: Arlington is Alright