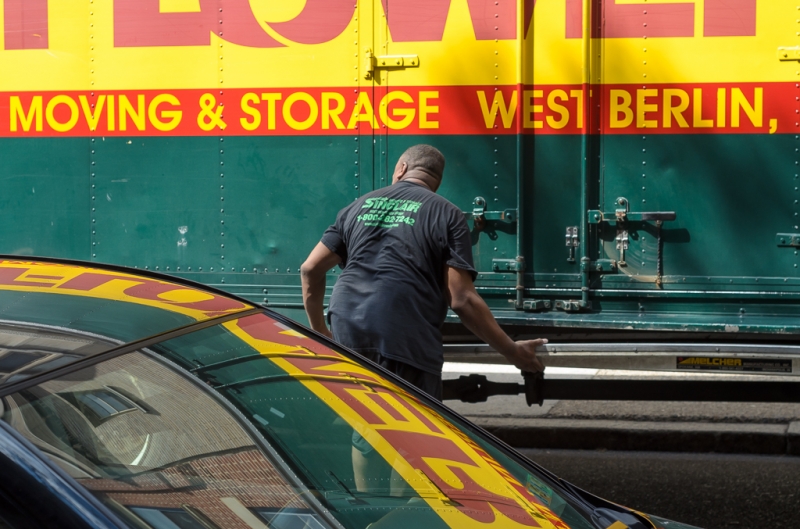 So, It's Today, and I'm on the Subway

I saw Bill Cosby on the El today. The El is short for Market-Frankford Line. Welcome to Philly.

My office moved to Fishtown this week. The old offices were in Society Hill, which is an historic section of Philadelphia with red brick paving and lovely old shade trees. Conversely, Fishtown is mostly concrete and asphalt, with a few recently planted trees scattered about for effect.

We're located on Girard Avenue, which is essentially a four lane highway. It swelters in the early summer sun like an oven filled with smog and shuffling heroin addicts. However, there's definitely some good food to be had in the area, and the neighborhood is largely family friendly in that you see a lot of families and children playing outside by their stoops.

The Fishtown section is experiencing a revival—if the gentrification of formerly blue-collar neighborhoods (long fallen into ruin) by tech sector yuppies can honestly be called a revival. But there are still a lot of junkies and low-level smack hustlers to navigate during the morning commute, especially around the train station. I make that voyage twice a day now. It's not remotely intimidating compared to the places I've lived for most of my life. Nobody hassles you. They're all too focused on their addictions and not getting pinched by the coppers to bother with much else. Still, the ambiance is...unsavory. It's even worse on a hot day like today.

Cosby was already on the train when I boarded, which means he was coming from east of Girard. I haven't been east of Girard Station since I was 16, so I don't know what those neighborhoods are like now. My last journey that far out was in the '80s. Philadelphia was a very different place in those days. Most neighborhoods were dangerous even on a good day, and the bad neighborhoods seldom saw a good day. Back then, anywhere east of the 2nd street stop (that's two stops west of Girard Station) was somewhere you likely didn't go unless you had to because some girl you thought was cute lived in one of the old Irish neighborhoods. Or whatever.

Cosby looked out of place and disheveled today. Perhaps disheveled is too strong a word. He looked wrong for a man of his financial means. First of all, he was on the El heading west from east of Girard Station. Rich people don't normally visit those neighborhoods, at least they didn't when I was a teenager. His hair wasn't out of control, but he definitely needed a cut and a brush. His beard and moustache were overdue for some grooming too. You've seen the pictures on TV lately. He had on a hunter green t-shirt, which seemed out of character, but it was going on 90°F this afternoon, so his trademarked sweater look was out of the question.

So, my job moved to Fishtown.

Previous: Bashing Away on My Keyboard
Next: It's Cherry Season