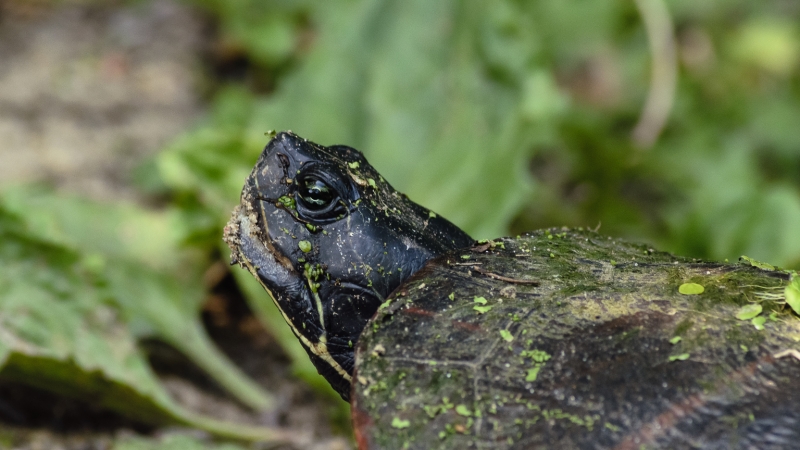 This is one of those blog posts where I don't have the time or inclination to write much about anything. It's getting late, and I've had exactly as many drinks as are nice to have without overdoing it too much, which for me is about four, with number five lurking in the shadows and looking for trouble.

Before I get to snoring, I want to let everyone know the Melvins have a new album out. It's called Basses Loaded. I just bought it, but I haven't listened yet. I'm re-watching the first season of The Trailer Park Boys instead. It's a work of art. Perhaps brutish, but art nonetheless. (It's great that nonetheless is an actual word.)

I also wanted to share this picture of a turtle I took my own self. Eventually I'll purchase a nice ~200-600mm zoom and Nikon D5, which will enable me to take much better images from a technical standpoint, but for now this is about as close and in-focus with the local wildlife as I'm getting. For what it's worth, I'm approximately $19,000 away from my dream kit, which is a lot of money, but attainable with time.

In the meanwhile, I think the official "music video" for Man Man's Piranha Club is absolutely great, and you should watch it right now.

Previous: Pablo Picasso's Neverending Flame War
Next: A Walk to the Musuem