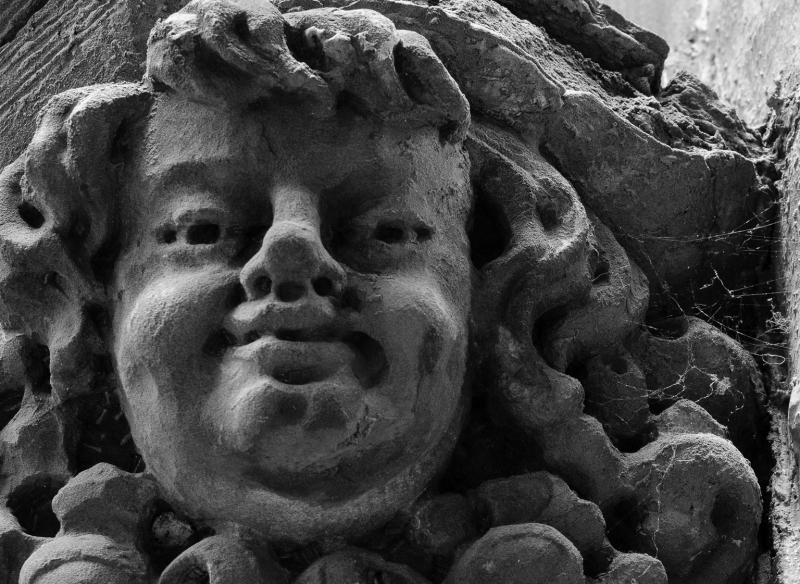 Around these parts August means it's going to be hot. And so it is. Today's high temperature was 98°F with the humidity at 67%. We're expecting more of the same for the next few days.

I don't have central air-conditioning. My apartment is small, so I make do with one window unit in the living room. I suppose I could put another one in the bedroom window. Instead, I hole up in the living room and sleep on the couch whenever the nighttime temperatures break ~85°.

This morning I awoke on the couch at around 7 a.m. For reasons which remain a mystery even to me, I spent the next two hours watching various street fights and brawls on YouTube. My take away from this "research" was that people who don't wear shirts instigate a great number of fights. I presume the heat is making them irritable.

By noon I was feeling guilty for lying around all morning and doing nothing worthwhile. I headed off to the city to run errands as penance. Holy Moly, was it ever hot! I managed to persevere despite the weather. I deposited a paycheck and grabbed an iced coffee from my favorite shop off South. Then I walked a mile and a half uptown, just for the walk of it, where I grabbed some berries from Maxx's.

Blueberries, blackberries, and raspberries—and all of the lot lackluster. The Canadian blueberries were tart with thick skins. The blackberries were bland and started to disintegrate when I rinsed them. The raspberries followed suit. A disappointment indeed. Politics and expense aside, Whole Foods has the best produce in town for your dollar, bar none, but in this heat, hiking 11 blocks back downtown was out of the question.

It's after 9 p.m. and the thermometer still reads 89°F. It looks like another night on the sofa for me. It's too early for bed just yet, and too hot to entertain even the idea of much else. I guess I'll douse myself in mosquito repellant, listen to music, and drink this gin and tonic, which I'm only now realizing I made far too strong. I'll deal with that problem in the morning.

Previous: Pretty Girl on the Train, Let Me Read My Boring Book
Next: Taco Night, 2016