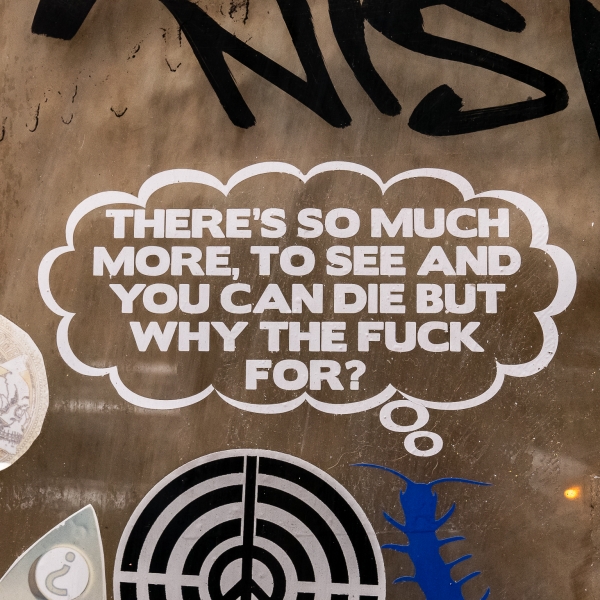 Happy Anniversary Already, Is It?

Sitting in Oblivion is 11 years old today. Can you believe that? It might be hard to tell, because this site has been built, razed, and rebuilt only to be razed again every few years. They'll tell you, "the internet is forever", but this is not true. At best, it's inconveniently long-lived. Most of the history of this site has been obliterated and lost to time.

I started this blog on the recommendation of a friend who said I'd probably be good at it. Or maybe he said I'd enjoy it? It was something like that. We don't really talk much anymore. At the time I thought blogs were stupid and self-indulgent. I still believe them self-indulgent, especially my own, but I don't think they're so stupid anymore. At this point, personal blogs are one of the last bastions of worthwhile individual expression left on the web. It's blogs, Snapchat, and Tinder, all surrounded by a virtual wasteland.

A lot has happened in my little world over the last 11 years. In 2005 I purchased this domain name with money culled together from Christmas cards. In those days I was living on 2 or maybe 3 hundred dollars a month. I was staying in a tiny room that I rented from a friend, which was a big step up from the basement I had been sleeping in before that. Or maybe I was still living under a leaky porch, moving my computers and books out of harm's way every time it rained (or whenever someone decided the porch needed a good 30 minute hosing down). I'm not 100% sure.

Two Thousand Five was definitely the year I gave up my dreams of making a career in the arts. Living in assorted spare spaces on $200 a month starts to grind on a person. Granted, I hung in there longer than most do. Far longer than I should have, really. I'm reasonably talented, but making a living by these talents requires skills I lack. Fortunately, web development and the internet came easily to me. Even more fortunate for me personally, the internet became a huge deal. That wasn't my idea, but you could definitely see it coming at the time. You know, like a train with no breaks.

So here we are, 11 years later. I'm stretched out on my very own sofa, sipping single malt scotch, griping that I have too much "stuff" cluttering up the apartment, and thinking I ought to buy myself a better sofa. My place is on a hill, immediately next to a lake. It is warm and dry and quiet. Well, it's actually a little chilly, so I am wearing a sweater. I may sometimes complain about the birds being too noisy, but I'm kidding, mostly. The owls make a lot of racket late at night, but I much prefer them to the nightly volleys of gunfire in the near distance when I lived 25 paces from Camden. My life's not perfect, that's for sure, but my situation has been a whole lot worse until relatively recently, so I'm not complaining about much.