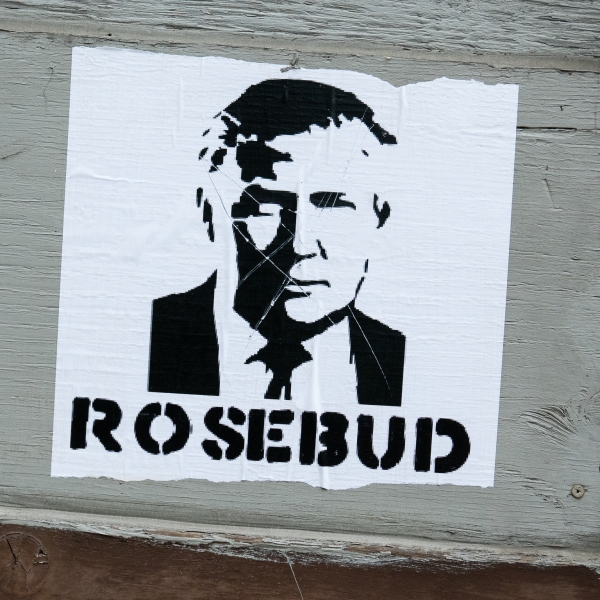 Once More, Out of Ginger Ale

This has been one heck of a cold, but I've turned the corner. Today is the first since last Sunday where my temperature was under 100ºF all day. I even managed a short trip to the local Wawa to get some money, pretzels, and ginger ale. I never drink soda, except for when I'm feeling very sick, then I drink lots of it. Ginger ale has a nice taste and texture when you're sick. I'm hoping to dip my toe into the flow of day-to-day life tomorrow. I'll go easy. Maybe straighten the house a little and cook my own dinner. I've been surviving on pretzels, raisins, and pizza delivery.

I'm kind of bummed about being too sick to protest the Republicans while they're in town. Personally, I don't believe demonstrations accomplish very much. As such, I've never participated in one. I would still like to go to a protest (or two) of the GOP retreat in Philly. It's the only opportunity I'm likely to have to tell most of these people to their faces that I think their policies stink and the manner in which they exercise their power is generally disagreeable to me. Sure, none of them will likely see or hear me individually, but I might make the collective voice a wee-bit louder. I'm sure they'll ignore the collective voice too, but sometimes we've just gotta shake our fist to let 'em know we ain't happy about these sorts of things.

Speaking of my being a libtard of some sort, my experiment with not using social media is going pretty well. It's only been a couple of days, but they've been good for my mind. You'd think being stuck on the sofa for a week would prove something of a challenge to my resolve, on account of the boredom, but it hasn't. Perhaps I've been too sick to be bored? I deleted all of my social accounts on Tuesday, though Facebook and Twitter won't actually finalize that process for a few weeks. Then I installed the Chrome plugin Filter by WOT and blacklisted all of my time sinks. This obviously won't stop me from peeking, if I really want to, but it functions as a nice reminder and prevents me from habitually visiting a blacklisted site without thinking. I also installed a plugin called Shut Up, which blocks all user comments on most websites. Reading the news free of the vile stupidity which is The Comments has proven a much improved experience. Personally, I think most websites would do well to shut down their online communities altogether. They detract from the user experience greatly. Allowing comment section shenanigans to take place under your masthead undermines a site's credibility, too.


- Francis Ford Coppola Wants to Turn 'Apocalypse Now' Into a Video Game - Apocalypse Now director Francis Ford Coppola has revealed that he wants to turn his cult 1979 film into a video game. He has started a Kickstarter campaign asking for $900,000... (NME)
- Christo Abandons 20-year, $65m Public Artwork to Avoid Benefitting Trump - In an interview with the New York Times, Christo explained that he was ditching the project in an attempt to avoid helping Trump. "I came from a Communist country. I use my own money and my own work and my own plans because I like to be totally free. And here now, the federal government is our landlord. They own the land. I can’t do a project that benefits this landlord." (It's Nice That)
- Author of Trump’s Favorite Voter Fraud Study Says Everyone’s Wrong - Here’s what the math should look like (that is, if Richman’s initial study was accurate—which many researchers doubt). If 6.4 percent of the estimated 20.3 million noncitizens in the US voted, and if just 81.8 percent of them voted for Clinton (the percentage who voted for Obama in his 2008 study), that’s an added margin of a little more than 835,000 votes. In other words: Even with all of those supposedly fraudulent ballots, Clinton still would have won the popular vote by more than 2 million votes. (Wired)

The Honey Drippers - Impeach The President

Previous: I've had One Too Many Internet
Next: About a Cutting Board