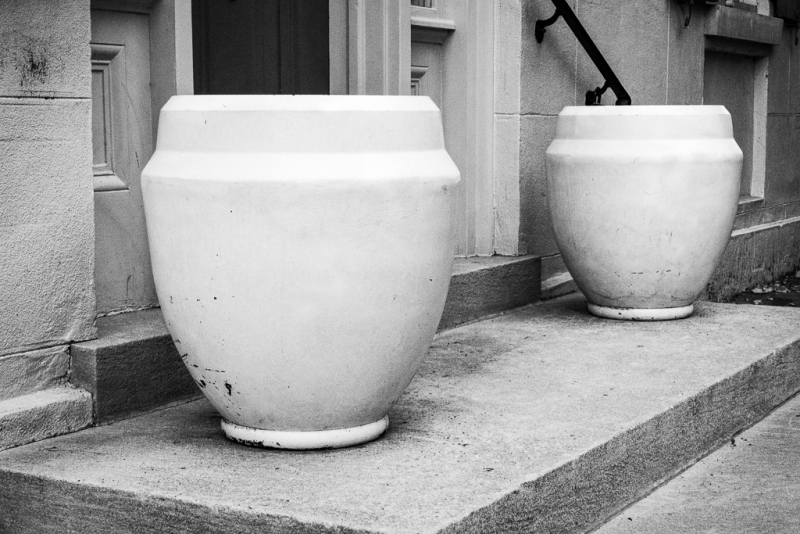 So, I Bought a Sword

While you've all been partying like somebody found a vaccine amid the Kensington litter, I've been studying the blade.

Since lockdown began, I've been cooking nearly all of my own meals. I won't say I've been eating properly, per se, but I'm definitely eating well. I'm even pleased to announce my stomach is doing an excellent job of digesting lately. I've been able to add some famously troublesome foods back into my diet, like garlic and chili peppers. My apologies to the neighbors, but it's not as if they aren't routinely concocting some challenging odors of their own.

Most of my meals are mostly from scratch. I don't stew tomato sauce from fresh tomatoes, mill my own flour, smoke bacon in the alley, or any such thing. But I don't eat a lot of readymade foodstuffs either. I quite prefer my own food to prefab meals and what most restaurants serve, even if restaurant food is often technically better.

All of this cooking has me reading up on ingredients, recipes, techniques, and equipment. In the process, I recently came across a rave review of Victorinox chef's knives; I don't recall where. (Victorinox is the company that makes the real Swiss Army knife.) When I looked into it further, I kept finding the knives generally well-received as punching above their weight by many reliable sources. I figured since I'm doing all this cooking anymore, I might try one out.

I have a 7-inch Global chef's knife my father gave me as a gift many years ago. It has served me well. I expect it will continue doing so until the end of my days. It could use a professional sharpening when the world rights itself, but I have a little honing widget that keeps enough of an edge on it in the meantime. I thought I might compliment the Global with something a bit larger. The immediate purpose I had in mind was cutting my homemade pizzas, which are typically 10 to 12 inches in diameter.

I was initially eyeballing a 10-inch blade with a genuine rosewood handle. The asking price was well under $100, which surprised me, given all the great reviews. Even a modest-quality chef's knife tends to be significantly more expensive. The 12-inch knife was only $10 more. Naturally, I bought that one. The damn thing is ridiculous.

From the factory, it comes razor-sharp. I'm not sure how well it will keep its edge over time. I may never know; I don't expect to use it very often. If you're ever wondering if you need a 12-inch chef's knife yourself, I can assure you that you do not. It's a freakin' sword! If I ever have dinner guests over again, they'll get a kick out of watching me anxiously slice pizza with Excalibur.

Previous: What Ever Have I Done?
Next: Lockdown 2020, Forever