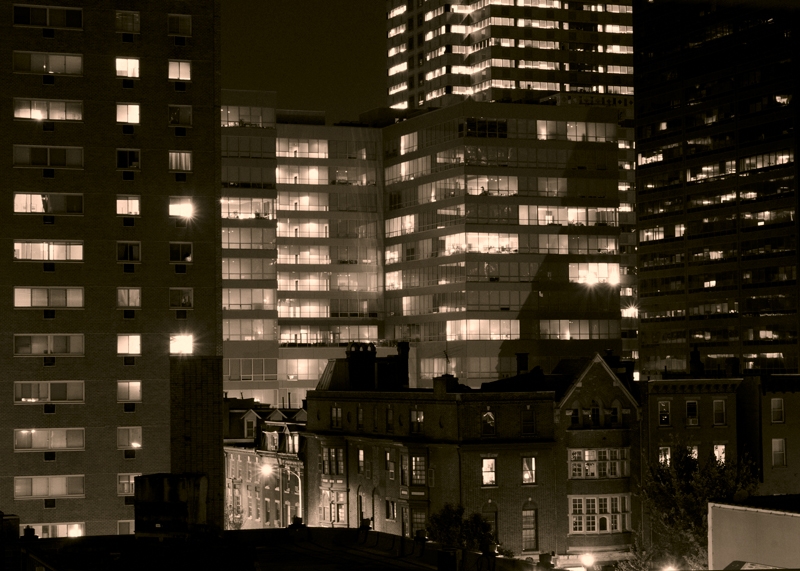 This arbitrary schedule also forces me into the habit of going through my photo catalog at least twice a week. This mostly involves deleting lots and lots of poor or uninteresting RAW captures. My favorites are set aside to be prepared and sent out for silver gelatin printing. Second bests, first drafts, early experiments, and quirky images not necessarily suitable for proper printing go on this site here.

I don't use Flickr or Instagram or anything like that because I'm not interested in becoming an internet sensation. I'm also one of a growing number who look sideways at a web that profits by hosting, scraping, or simply linking to other people's content without compensating the artist.

There are some that would argue the artist should create art for art's sake alone and not allow money to corrupt the process. I grant this is a noble ideal. On the other hand, Flickr sold to Yahoo! for $35,000,000 and Instagram to Facebook for $1,000,000,000. A billion dollars seems a fair price to pay for a content engine which generates roughly 55 million images a day without paying a red cent in royalties. How's that for art for art's sake?

Previous: Chronotypes and Solarization
Next: Here We Go Again