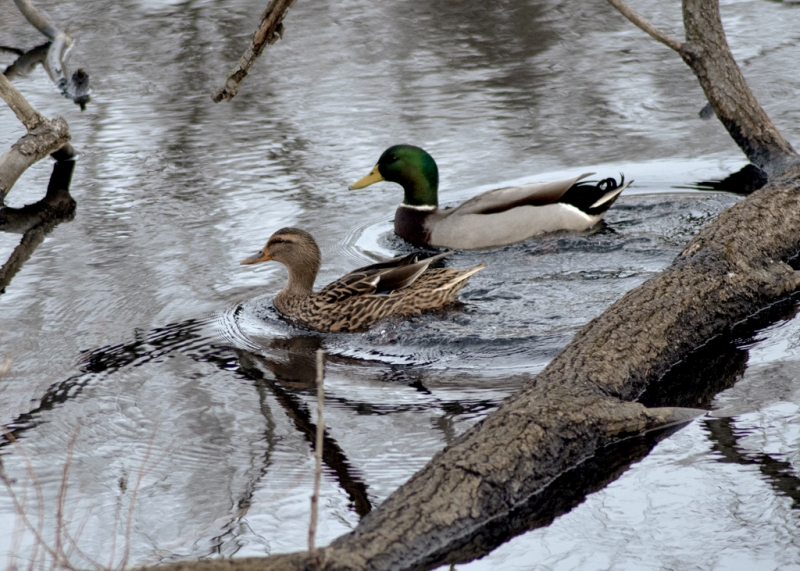 People think ducks mate for life. It's a very romantic notion, but they don't though. They're what's called seasonal monogamists. They pair up long enough to rear some young into adolescence; then they call it splits and look around for somebody new. That's not as romantic, but such are these modern times we live in, man and duck alike. They still look cute as they pal around together. My inner little girl wants to hug them and squeeze them until they holler, "Quack! Quack! Quack!," at the indignity. Of course, I'd be lying if I said my inner predator doesn't want to pounce and make Peking duck out of the pair of them.

Previous: Woop! Woop!
Next: Such Great Fortune as None Deserve Before Falling Once More Into Ruin