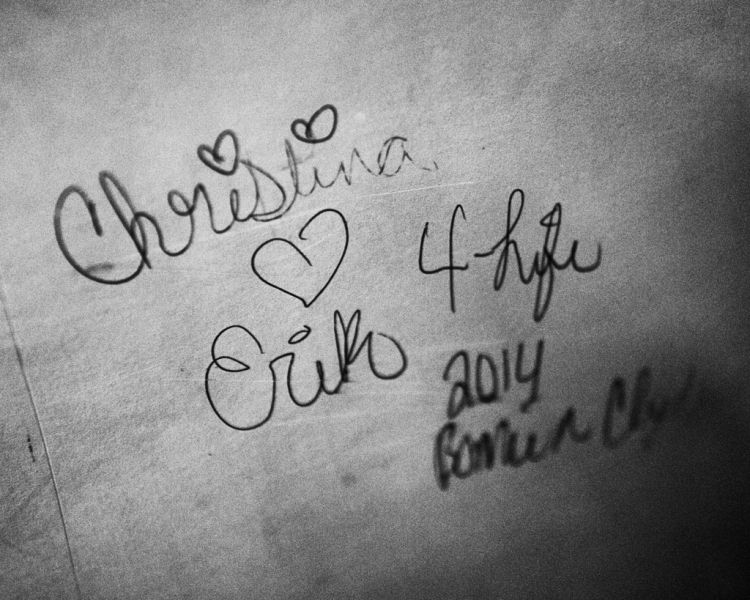 It's Nice to Be Loved by Strangers

Today had an odd vibe. It was mellow and serendipitous.

First, I found out Christina hearts me four life. I don't know who Christina is, nor why she chooses to scrawl her undying love for me in ballpoint pen across the train seat, but I'm flattered all the same. I don't think it would work out between us though. She envisions our relationship as a Bonnie and Clyde affair for the 21st Century, but my outlaw days are long behind me in the 20th.

Later, while at the book store, I bumped into a display of books related to current events. The bumpening wasn't totally my fault. Someone had stocked the table with titles such that one stack was hanging over the edge by a good three inches. I plowed into this stack and down to the carpet it fell. A girl I'd never seen before was gracious enough to help me pick them up. We weren't attracted to one another, so I thanked her, and off she went. However, one of the books I knocked off the table came home with me. The book is A Theory of the Drone by Grégoire Chamayou. I'm already a quarter of the way through it. It's very good.

Also, I gave a homeless a guy a dollar, and, not five minutes later, I found a dime on the sidewalk.

Previous: Let Me Tell You Not Much About Tonight
Next: Trademarked Sporting Event Halftime Soft Launch