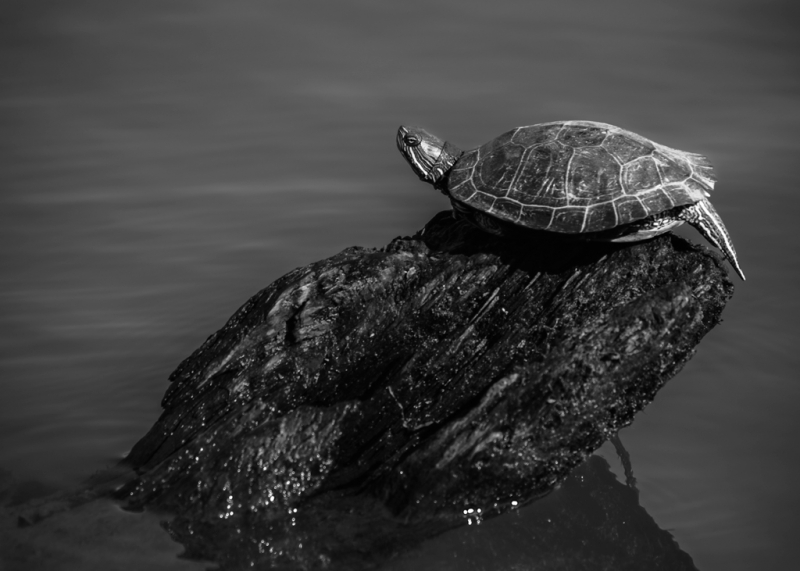 The Many Things I Did While Doing Nothing Much

I hardly know where the day went. I vaguely recall sleeping in until around 10 a.m. I suppose that's what Saturdays are for, right?

I talked to the Albrights at the local coffee shop for a little. I like them. The girl is super-smart, which is amusing in someone so young. I like that little smart kids today aren't expected to do parlor tricks like they were when I was a little smart kid. I probably would have turned out a lot smarter if people had just backed off a little.

There was a brief trip by train into the city. I didn't have anything to do in town. I just like riding trains. I find them relaxing—even the subway. One of these days I hope to take a sleeper car across country as a vacation. I've never had a vacation proper. You can get a sleeper car that comes with its own bathroom and shower and a big ol' picture window. I'm into it, but they're very expensive.

I walked around the lake next to my apartment taking pictures for awhile. I brought my tripod with me. I paid a lot of money for it but don't use it nearly enough. Same goes for the fancy Nikon flash I never use. Carrying the tripod over my shoulder I came across several groups of people who expressed relief after recognizing it was not a rifle. We're in a strange space in society wherein people are terrified of madmen with rifles but can't immediately tell the difference between a Kalashnikov and a Manfrotto. Make of that what you will. More importantly, I saw a lot of turtles. I like turtles.

After my walk around the park I went to a discount clothing store with a friend. I did not buy anything. There was a kid running around the store with a toy megaphone that made his voice sound like a crazy robot. It was awesome. I would have bought one, but after searching the store high and low for another robo-voice megaphone for myself, I came up empty handed. I am a little jealous. His parents probably didn't even buy it for him. Jerks.

I ate a pizza turnover and watched Daredevil on Netflix with CRUD. They were OK: not great; but certainly not bad. The pizza delivery guy was wearing a GG Allin t-shirt. Part of me thinks that was hilarious and punk rock, but the more cynical part of me figures he bought it at Hot Topic or Spencer's Gifts or whatever stores they have like that in the local shopping malls these days. But then I figured you're gonna die when you die you're gonna die, so I shouldn't get too hung up on the authenticity of a 19-year-old pizza delivery guy's retro punk rock t-shirt celebrating a guy we mostly all thought at the time was awful as a musician and even worse as a human being. GG Allin's corpse certainly doesn't need me to defend what for lack of a better term we're calling his legacy.

Well, that's a day in the life of some guy you saw on the internet. I'm going to watch Futurama and fall asleep on my couch. Good night.

Previous: On The Measure of All Things Micro
Next: Let's Use All of the Water Until There Is None Left to Use