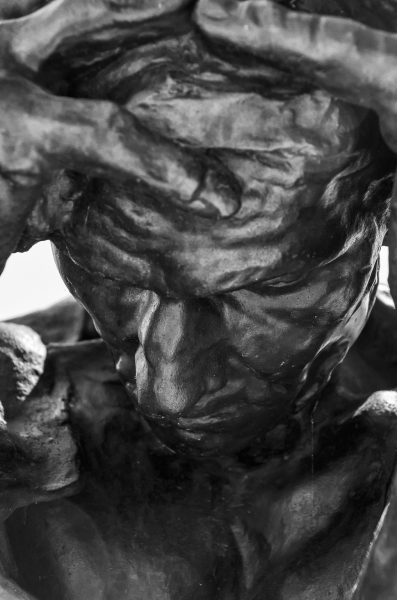 On the Tenebrous Heart of Darkness

Droll thing life is — that mysterious arrangement of merciless logic for a futile purpose. The most you can hope from it is some knowledge of yourself — that comes too late — a crop of unextinguishable regrets. (Joseph Conrad)

I finished Heart of Darkness, by Joseph Conrad, today. Despite being a rather short novella, this book took me a few weeks to get through. My eyes were a little beat up from work, which slowed me down some, but they're doing much better now. Another problem is my attention span for reading isn't so good as it once was. I read in 15 or 20 minute stretches now, whereas I used to read for hours at a time. I think my lack of stamina owes itself to too much internet. The language and structure of the book is also far more complex and dense than one typically finds in contemporary literature, which is mostly YA at this point, or, of course, Twitter.

The book is about a fellow who heads off to the Congo to work for an ivory trading company at the dawn of the European colonization of Africa. At this time the Congo, and perhaps most of Africa, is imagined as a vast untamed jungle inhabited solely by naked cannibal savages with teeth filed to sharp points. The narrator, and protagonist, Marlow, is part of an expedition headed deep into this wilderness in search of a renowned and charismatic ivory trader by the name of Kurtz. Kurtz single-handedly nets more ivory than the rest of the Company in-country combined. Something isn't right with him lately, so the Company has sent a party out to look into the matter.

Marlow pilots a steamboat full of Company men and African laborers up the Congo River. Things grow increasingly ominous, stranger, and ever more dangerous along their journey. When they finally locate Kurtz the situation becomes extremely sinister and treacherous. Kurtz has by this time grown quite ill in body and spirit. He's a right bastard, too. (I can't say too much, for fear of spoiling it for you.) The story reaches its climax shortly after the expedition locates him, and then drags on for another 10 pages. The conclusion is important to the author's point, but after having chewed your fingernails to the bone for 100 pages, the drop off in suspense makes the reading feel like a chore.

This story is full of racism. The n-word* is used repeatedly throughout, but I don't believe Conrad means anything by it, given the era. However, the Africans are portrayed as a sort of mishmash of tribes, stereotypes, and pure fancy. Our narrator occasionally expresses some personal conflict over the colonialist era presumption these men are not of the same capacity and humanity as the European plunderers believe themselves to exemplify, but he doesn't do so often. The book was written in 1899, and it's from the perspective of a colonialist European, so the narrator's attitudes make sense in context of the time and place of the author. The story definitely challenges colonialism as a moral practice, along with any notions the trading companies, and perhaps Europeans as a whole, may have held about just how civilized they were.

While the book certainly doesn't champion racism, it also doesn't argue against it outright. Stereotypes presented about the jungle inhabitants are left mostly intact and unchallenged. The critique is such that colonialists are reduced to a caricature of greed and lust, but the basic humanity and dignity of the natives is not upheld or championed in any meaningful way. Excepting, perhaps, the notions that infatuation and death are frustrating indignities for the civilized and savage alike. The myth of the savage mostly serves here as a prop—a baseline of lowliness by which the Europeans are judged and found ironically even more lacking than those they subjugate.

It's a pretty good book. You certainly don't need to read it, especially if you're very sensitive to issues around race and colonialism. Unless, of course, you're studying the genre, colonialism, or some subject like that, in which case you definitely should read it.

If you do read it, you'll likely come to find Apocalypse Now is one of the best movies ever made. It is a perfect adaptation of Heart of Darkness, transposed onto the context of a war, which by most accounts, parodied the gross excesses of African colonialism, and which could inflict a kind of sickness upon the souls of foreign soldiers which often made reintegration into so-called civilized society difficult or even undesirable for many. Kurtz would have been right at home in the of the jungles of Vietnam on the worst of her nights.

* I use the phrase "n-word" here out of respect for the fact that we've all been trained to be offended and outraged by anything and everything bearing the slightest chance of being offensive to someone somewhere, even unto to the point where it's impossible to have grown-up discussions** without walking on a mile of eggshells. It is a great shame on us all, but at least nobody's feelings get hurt—ever.

** I suppose this statement was arguably ageist. I would like to offer my heartfelt apology to all the students of Mr. Rotham's 3rd grade classroom. It was callous and disrespectful of me to take for granted that the racist language in late 19th-Century literature was somehow beyond your intellectual grasp, solely owing to your youthfulness, and not to, instead, take advantage of this opportunity for a teachable moment and inspiration for community engagement. I look forward to your spirited rebuttals and colorful macaroni art.

Previous: A Walk to the Musuem
Next: Much Ado About Manhattan