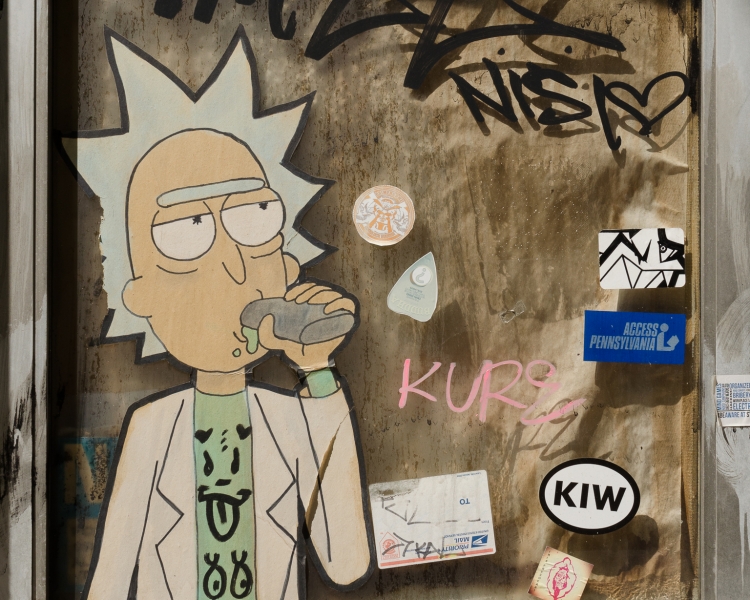 Pretty Girl on the Train, Let Me Read My Boring Book

The end of my first week at the new job. It's hot outside, but not so hot as it has been, as the worst of the latest heatwave has dissipated for awhile as we discuss the ramifications of the details as they are observed over time as a long term trend. The subway smells of urine and subway stink, which is akin to urine but more earthy and dark ages older.

I grab a seat to myself. Each seat sits two persons who would generally prefer to sit by themselves and quite apart from one another. A pretty woman sits across the aisle and two rows back. It's clear to see she hasn't noticed me in any meaningful way or manner which might give rise to fantasies of romance or petty seduction, but she's pretty, so naturally I've noticed her and have been obvious in so doing.

She's reading a book. Fancy that, I'm reading a book too. We're both readers. I'm reading The Third Policeman by Flann O'Brien. It's a good enough book, even though it suffers from an all too common affliction in which there are far more pages printed than story needing to be told, and the tale is going nowhere and slowly.

The train stops in its tracks on the east side of the Benjamin Franklin Bridge. There is a delay. Police activity. Trespassers are on the tracks at the Broadway stop. The third-rail has been de-energized while police run them down and rough them up. We're stuck here on the side of the bridge until whenever or maybe longer than that still.

I long to sit next to the pretty woman. I look over at her repeatedly, almost leering, but it's not her affections I'm in want of, although I do imagine they are pleasant on the whole. It's her aloofness I'm into right now. I'm stuck in a train on a bridge with two chuckleheads talking nonstop in my ear as if a moment of quiet might end them. All I want right now is to read my book in peace.