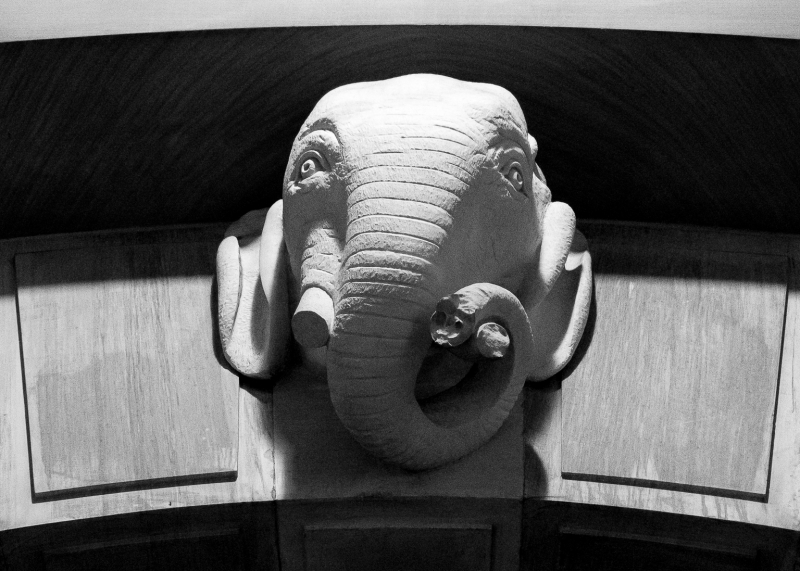 The Elephant in the Chatroom

I have spent the last couple of days sleeping late, walking around the city, window shopping, snapping photographs, eating too much food, sitting in parks, and taking many naps. I would normally lament having spent an entire weekend on such frivolities, but I happen to be enjoying a four-day weekend.

I will make it a point to be more productive over the remainder of the holiday, but for right now, I'm focusing on not internetting. I conceptualize internetting as the unconsidered and compulsive use of the internet for quick entertainment and distraction, as opposed to more constructive and utilitarian usages. So, like social media, funny gifs, and political memes; versus streaming a movie, reading this blog, or paying slightly overdue bills.

My own time spent on social media and news sites has been spiraling out of control again, so I'm hitting the brakes for a few days. It's difficult. Every time I open a web browser, I invariably begin typing twi... or fac..., and then autocomplete has me off and running before I even realize it. Click, refresh, click, refresh...repeat ad nauseam. It would no doubt be wise for me to forswear internetting entirely. Honestly, that would be the best thing for me. I've tried at various times in the past to quit, but it never works out. I always come back to it. It's quite like smoking tobacco, actually. On a lot of levels. All of your friends are doing it, and it doesn't seem to be hurting anyone, yet, but you know it's not good for you, and you really ought to quit, but not this very moment. Someday soon though. Definitely maybe.

Previous: Chinese Lantern Festival
Next: If I Blink Any Slower My Eyes Start to Dry Out