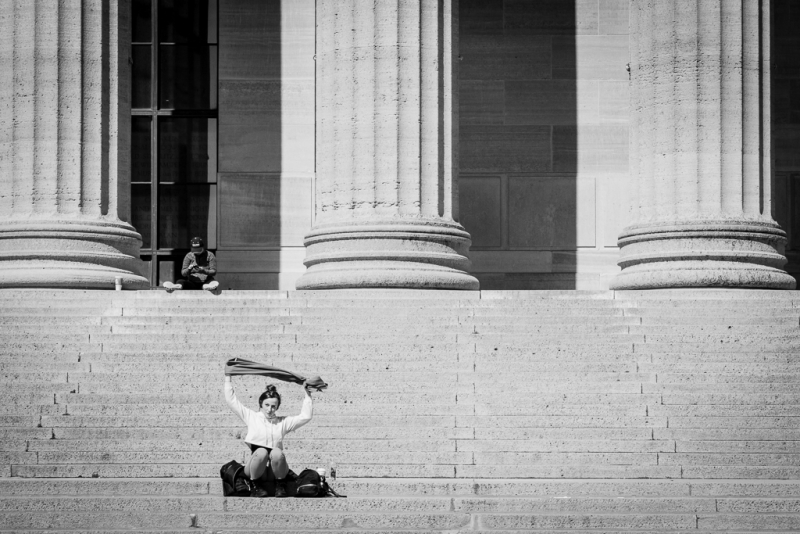 I am one of the very few people I know who saw this coming. I've been working from home as much as possible for a little over a week. My office issued a decree yesterday that working from home is encouraged for at least the next thirty days. I count myself fortunate to be in a field where such an idea is even plausible. My knuckles are splitting from all the handwashing. I've been squirreling away supplies a little at a time since Italy reported the first cases of COVID-19. I'm not sitting on a warehouse of food and medicine, but I do have enough staples to last a while if I need to ration them. There's a stash of soda and tissues for when I get sick, too. I know I will get sick eventually. Most of us will. The thing is we don't want to fall ill all at the same time. I'm not hiding out, though. I still go to the local coffee shop for an iced coffee every morning and take long walks around the city.

Several of my friends and family have expressed surprise that people are freaking out and hoarding things like toilet paper. Statistically speaking, most of us should be able to shake off SARS-CoV-2 as though it were any other bad chest cold. Fending off the collective panic around the alarming mortality rate of the illness and its secondary impacts (to family gatherings and the economy, for example) is another story. The tabloid sensationalism typical of today's news media doesn't help matters. They act like it's their job to get everyone worked up, angry, and terrified, and maybe it is, which is a matter to ponder. Then there's the clueless yammering of so-called experts on the psychology of "attempting to control your environment when you feel helpless." These guys don't get it. People are concerned they'll lose access to basic goods because of reduced supply and potential restrictions on movement. They naturally buy more of certain products than they would need under normal conditions because conditions are not normal. Demand begins to exceed production and distribution. The supply chain clearly isn't functioning as usual if hand sanitizer is selling for $50 an ounce online. It is easy to imagine movement inside the country may be restricted at some point because we see that happening elsewhere. Stockpiling makes perfect sense from the individual's perspective.

The point here is I have far too much toilet paper. It's not as if I planned to bunker through the Apocalypse in my bathroom trapped behind a toilet paper landslide. Things simply worked out that way. I was running low and all the stores had left in my brand was a single jumbo pack. Yes, I have a preferred brand of toilet paper. I use it for my butt.

The video by 3Blue1Brown below discusses the exponential growth of infection rates during epidemics in terms that even math-challenged folks like myself can understand. I'm sharing it with the hope it will help people see the value in taking the matter gravely, and explain why doing so may counterintuitively feel like an overreaction in retrospect (if all goes well). "Say what?" you say. Watch the video.

Previous: Desperate Acts in Dark Times
Next: Nobody Said You Can’t Go Outside