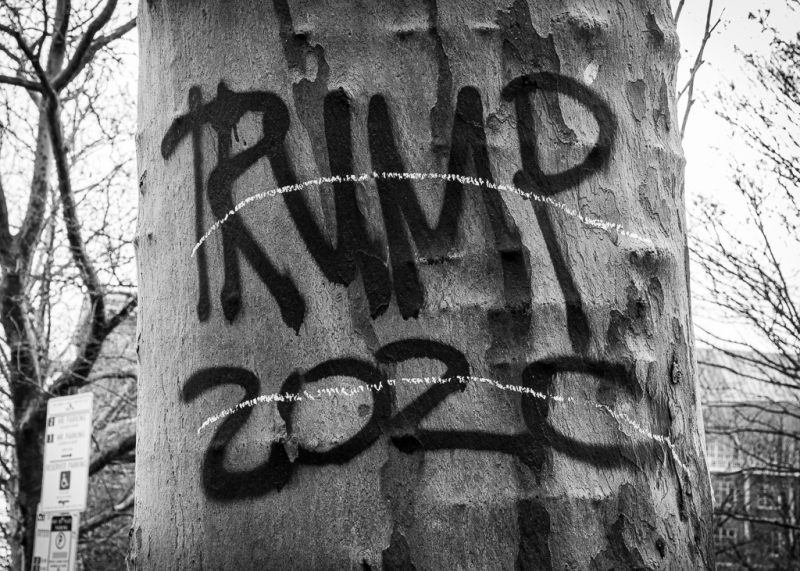 That Was Intense, Am I Right?

Somebody went ahead and elected an archvillain they recognized from the TV set to run the whole-wide country for four years in a row. What could go wrong? By the time it was mostly over, there were weeks-long riots in the cities, massive unemployment, and hundreds of thousands of people dead and still more dying from a fancy new virus. Racist militias marched through the streets, flabby torsos squeezed into tacticool gear and bumblebee costumes, terrorizing the villagers in a desperate attempt to convince themselves they are something akin to the real men their alcoholic fathers looked up to in late night television broadcasts of old World War 2 flicks. Internet trolls working for the Russian government convinced millions of your friends, family, neighbors, school teachers, doctors, congresswomen, and other assorted ne'er-do-wells that Democrats (you know, all of them) are a satanic baby-torture cult operating out of a pizzeria basement. As it turns out, the cult pizzeria in question doesn't have a basement, yet, even knowing this, my fellow Americans kept right on lapping up the QAnon nonsense like butterflies puddling on a pile of dog shit. The president and his cronies did everything in their power to lie, cheat, and steal their way to a second term but came up short a few thousand votes here and there in states that count every vote. Naturally, the archvillain and his ridiculous henchmen encouraged their knucklehead cult to storm the Capitol building and have themselves a little putsch as the electoral college votes were being certified. The coup d'état failed (this time). No pardon is forthcoming for the seditious, who conveniently refused to wear protective masks as a matter of "muh freedom" while posting lots of selfies to social media for all their friends, family, and constituents to forward along to the FBI. Eventually, @jack got fed up with all his staff threatening to quit and said the United States President couldn't use Twitter anymore. We all had a good laugh about that. The National Guard sent 20,000 troops with at least as many guns to fortify D.C. because racist QAnon militias were pronouncing Parler wrong while threatening to attack the inauguration. Parler got shut down when no one wanted to take their money anymore, but Russian intelligence agencies are helping them get back online. Those FSB agents are true patriots if you listen to the likes of senators Cruz and Hawley. Lady Gaga wore a big dress and sang a song well enough, after which Amanda Gorman wore an impeccable canary yellow Sunday outfit and did a great job reading a poem that was a little too long. When all was said and done, Kamala Harris and Joe Biden were sworn in as the new vice president and president of these United States, respectively.

Previous: Today Is Day Three of the Rest of Your Night
Next: Giving It Another Go