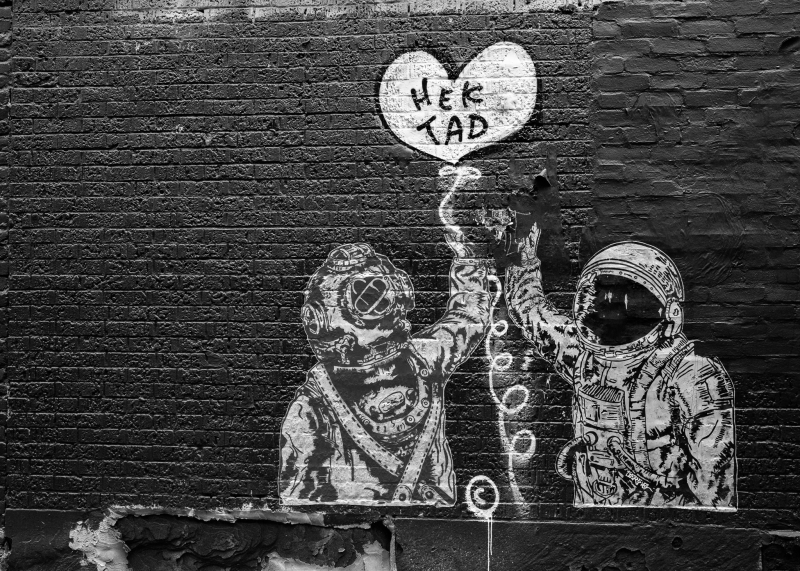 When someone shows you who they are, believe them the first time. (Maya Angelou)

Sunday, 8:00 a.m., the morning is grey and drizzling. I'm expecting shenanigans today. The Broad Street Run is happening now. That's a 10-mile race in which thousands of people run through town and afterward wander about aimlessly draped in blankets of aluminum foil. The Italian-American Parade is this afternoon too. They start their parade at Marconi Plaza, which is locally famous for being home to a statue of Christopher Columbus the City of Philadelphia has encased in a plywood box, so as not to offend anyone but the Italian-Americans who live in the neighborhood.

The Italian-American Parade used to be called the Columbus Day Parade, but we've decided Columbus is to be reviled for having been a loathsome person, which is accurate, and his statues and cartouches are to be hudjefa from now on, regardless of how Italian-Americans may or may not feel about the matter, because we said so. On the other hand, Columbus Boulevard used to be called Delaware Avenue for most of my life, a name change that definitely crossed a line, but nobody cared two iotas how I felt about that either.

Yesterday, we had a few dozen demonstrators come through the neighborhood. They were led by two police cars and some college kids with a megaphone in the back of a rented U-Haul pickup truck. Their platform was fuck white power, fuck gentrification, we want reparations now, disabled black trans lives matter[1], and, "Give us what we want or we're going to burn it all down."[2] A few of them may have been out hunting for Pokemon only to get swept up in the parade, judging from the looks of them. I wonder if people know they're allowed to wander off from a demonstration if it starts to get weird? For the record, you can do that.

Our Ship of State is beset by Scylla on the left and Charybdis on the right, and we've nowhere to run because this tortured metaphor takes place in a sea of discontent, and you can't run on discontent (unless you're a politician). Speaking of waterboarding, I'm overdue for a shower.

Previous: A Recurring Theme and Slight Ringing in the Ears
Next: Make Up Your Own Title and Imagine I Wrote It Here