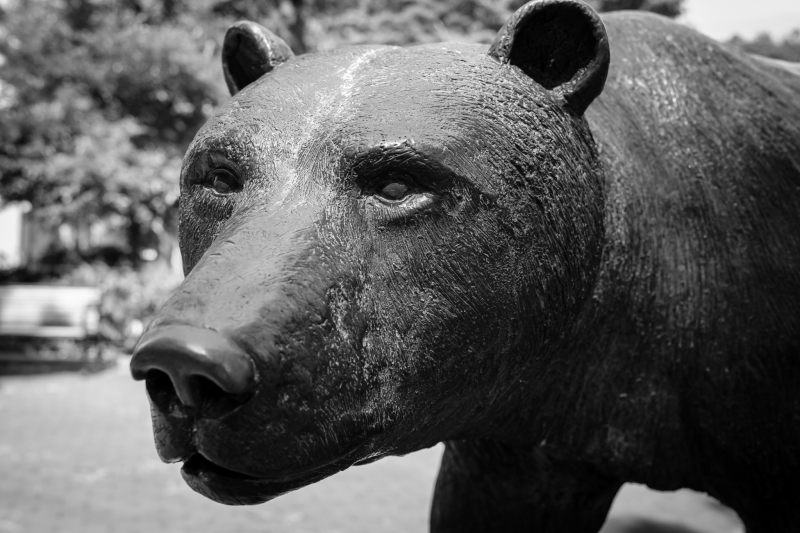 I've spent my entire morning avoiding the question. I often lurk on social media sites when procrastinating over these things. I read the comments and trends. I don't know why I do this, I never participate or post, and the discussion threads are always awful when taken as a whole. It's poison for the soul. People often tell me their particular group is not like that. Somehow everyone seems to be in one of the good klatches. Maybe that's true sometimes, but I suspect it's more likely people unwittingly acclimate and take their in-group's antisocial behavior to be normal, or at the very least not so bad as those other people over there are acting. Even worse, statistically speaking, it's highly likely a number of my neighbors, co-workers, friends, or even family members secretly spend their free time harassing and terrorizing people online. I try not to think about that too much. I guess they feel those people deserve maltreatment for this or that reason, or maybe they're personally bored and miserable and need to vent, which is relatable because life is a difficult situation at the best of times, which these are not, but it would be better for everyone if you read a book or took up running instead.

So, what is the question I'm avoiding? Well, I'm mulling over the idea of committing to photographing exclusively in color all of next year. The idea came to me recently after several people expressed an interest in seeing me work in color more. (What does that have to do with social media and internet trolls? Nothing. We're in a different paragraph now, introducing new themes and ideas.) I don't know why this decision is triggering so much avoidance for me. It's not like I have to do it. I don't even have to decide not to do it. I can not bother, and that would be fine. Nobody would even know if I hadn't mentioned it, and even now knowing, hardly anyone could care. And there's no rule I can't switch freely between color and black and white. There are no rules whatsoever...yet.

Why dedicate a year to color? Shooting RAW format on any standard digital camera makes it simple to shoot in color and convert a copy to black and white, allowing you to have both treatments for the same image, but a good black and white photograph isn't simply a good color photograph reduced to grey tones, nor vice versa. Each approach requires different modes of thinking and observation. It takes time to convert that technical understanding into reflex and instinct. A year seems like a reasonable investment for making that happen. I don't want black and white to become a creative crutch that limits me, but also, I don't know how interested I am in working in color photography. Decisions, decisions.