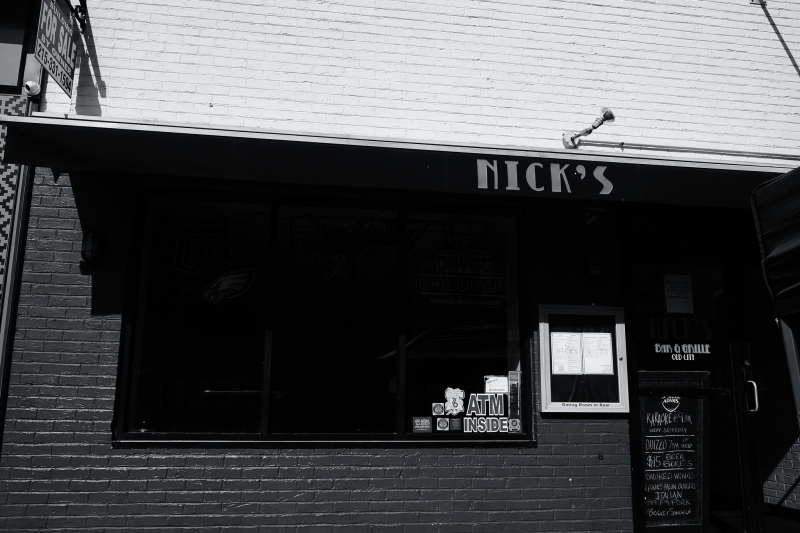 Stupidity in the malperformance of our functions is our own form of religious error. Humble as it is, it is not to be despised.
— Dimension of Miracles, Robert Sheckley

It's Labor Day. Summer is winding down. The extended forecast predicts the heat and humidity will peter out in a week or so. I'm looking forward to that. After fending off barrages of heatwaves all summer long, my aged central air-conditioner called it quits and went offline for good last Monday. Fortunately, the heat and humidity are easing up, and I find the current weather tolerable enough. It's still too hot to comfortably close my windows for any length of time though, which has become a significant problem for my nerves.

Contractors are working on the facade of a house across the street, which apparently requires subjecting the entire neighborhood to the maddening beep-beep-beep of a bucket lift from 7 AM to 6 PM almost every day, including weekends. They've been doing this for weeks now, and as near as I can tell, all that time and untold beeping has resulted in the repair and painting of 6 window frames, along with their sashes and shutters. That's it. Had they used scaffolding as everyone else does, maneuvering around the job site would have been vastly easier, more people could have worked simultaneously, they'd have finished a week ago, and the new homeowners' neighbors wouldn't hate them until the end of time. But scaffolding would have required a permit.

My lived experience in the city has become progressively worse over the last few years. I was attacked by a gang of children in an attempted robbery, and somehow know two other people who suffered a similar encounter. I lived through weeks of protests, riots, and riots that we pretend were protests because that's a more admirable story. I endured months of an insane homeless man sitting outside my front window, shouting violent threats at the top of his lungs nonstop, to anyone or no one, for 12 or more hours at a go until he'd pass out, only to mumble further threats in his sleep. That situation eventually resolved itself when our hero was arrested for the attempted murder of another homeless man downtown. I can't count how many car break-ins or package thefts we've had on the street, but I can tell you how many times the police showed up when called: exactly zero. I've seen tent cities rise and fall at the foot of the Art Museum, and subways become homeless encampments so contaminated with needles and feces they had to be closed. The mass shooting around the corner from my place got a lot of attention in the national media, but every single day there are several murders you hear about and many more violent attacks, including shootings, stabbings, carjackings, and even rapes in broad daylight that seldom make the news. And before you even think it: yes, these violent crimes are happening even in the wealthier neighborhoods you typically imagine to be safe. A few weeks of incessant beeping isn't a big deal by comparison, but this isn't about the bucket lift.

Over the course of the pandemic, a great many of my fellow city denizens have collectively adopted the attitude, "This is how we do things now, and we all think it's pretty great because there are restaurants and even a Lululemon downtown." Given that community mindset, I can rest assured that when this contracting crew has finally finished their work and banished the bucket lift, along with its infernal beeping, back to the rental place from whence it came, I'll have maybe two or three weeks of something like peace before someone comes up with a different way to make things awful for everyone around them. I'm incredibly thankful I changed my mind about purchasing a home in Philadelphia before it was too late. Unfortunately, my lease is not up until next spring. I'm counting down the days. In the meantime, I still have a nice apartment in a pretty neighborhood.

Previous: I’ll Bet You Bicker With a Lot of Interesting People, Too
Next: As One Might Expect