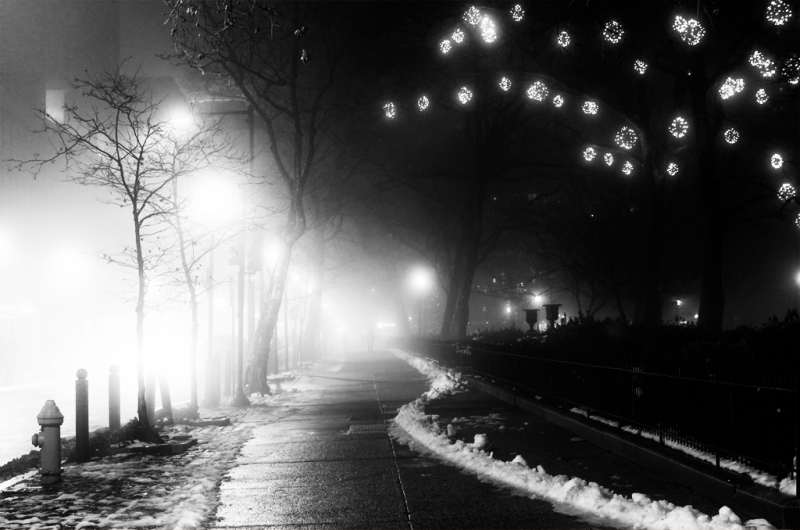 Talk About the Weather

Last night the snow melted into a thick fog which shrouded the city streets. Naturally I went out to take some pictures. Today was very mild by our standards for winter. The temperature made it into the sixties, which is probably some kind of a record for January, but it's falling rapidly now. The wind has been howling at my window nonstop since around eight o'clock this evening. The local meteorologists say it's going down to around eight degrees Fahrenheit over night.

Weather. You tell me.

Previous: You See the Same Things Every Day
Next: Omphaloskepsis Rex