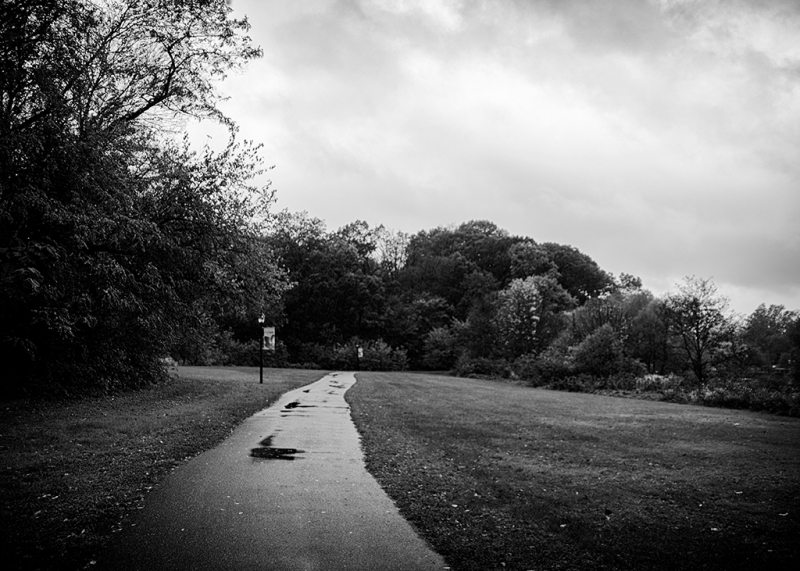 How the Day Progresses

Last night I fell asleep on the couch somewhere in the neighborhood of 8:30 p.m. I awoke again about 12 hours later, exhausted, aching, and shivering uncontrollably. Sure enough, I had a fever. By all evidences I was coming down hard and fast with the flu. I decided to stay home from work and rest up. This proved effective, as I began feeling much better shortly after noon.

So, as one does when he is fighting off a cold, I decided to go for a walk in the pouring rain. I know that I make no sense, and it is totally reasonable to worry about my long term well-being. However, not being dead yet, I splashed my way through Newton Lake Park to the local coffee shop, where I bought an iced coffee and listened to the French club banter in some language I couldn't understand. I suspect it was French, but one of them was definitely throwing in some Spanish for giggles. There's a joker in every bunch.

As I was drinking my iced coffee, a fantastic woman came into the shop. I don't know who she is, but she's fantastic, and I can't stop thinking about her. I feel like a giddy teenager getting over a short-lived cold. It would have been great if I had had the presence of mind to say, "Hello," or something witty like that, but I was far too busy being gaga. Besides, the woman from the Guardian says I'm not supposed to talk to attractive women in coffee shops and other public places, because doing so is a creepy expression of my toxic white male privilege or some such. Personally, I think her bun may be wound a little too tight, but that's a patently sexist remark on my part. If you feel slighted because I never introduce myself to you at the coffee shop, take it up with Lindy West.

Ah well, none of this matters much in the end. Tomorrow is another rainy day. By this time next week I'll have completely forgotten all about these two presumably wonderful lady folk. Life is merciful in that regard.

Previous: Putting It Altogether
Next: Don't Look Now, but I'm Following You