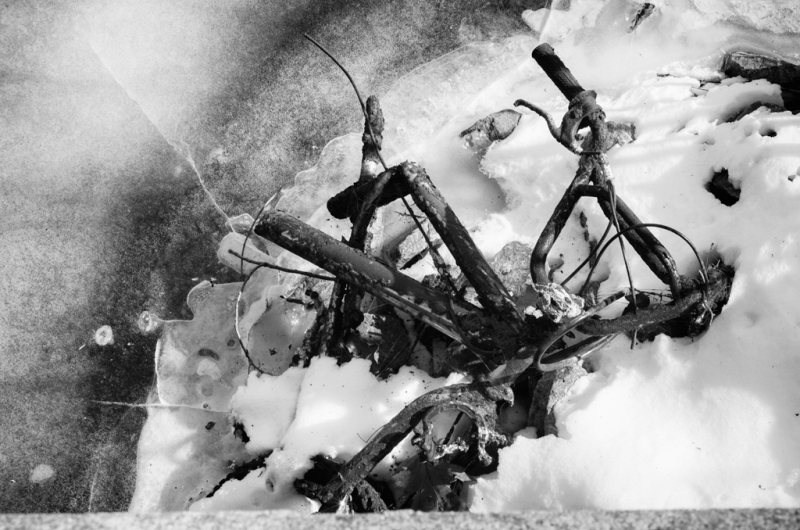 I concede defeat. Winter has triumphed. The cold. The ice. The dark. And the doldrums. The doldrums are the worst! There's no point in even trying to fend them off. The inertia is too great. I inevitably fall into the heavy sleep of the comfortably listless by 8 p.m. and wake 11 hours later in want of a nap.

I've tried loitering in coffee shops to fend off the night. It doesn't work. The caffeine has little effect on me after 5 p.m. I typically down a couple of after-dinner Americanos in an uncomfortable chair, a book in my lap, while staring blankly at Facebook. Western Civilization is winding down before my very eyes. Its demise is writ large on my Timeline. We like it that way. You'll never believe what happens next.

Things have gotten so bad they've come full-circle and out the other metaphor. I've given up trying to find ways to amuse myself. I am grown so bored of boredom that I've become productive. I've actually started doing all of those dreadful and tiresome tasks I'd normally put off until I move into a new apartment: dusting behind the entertainment center, tidying computer cables, organizing closets, washing the dishes. I'm actually doing all of that stuff, because it's somehow better than the alternatives.

As soon as my world thaws out, I'm buying a new bike and going for a long, long ride.

Previous: Ice Cream Will Fix It
Next: Rockin' the Rock Again