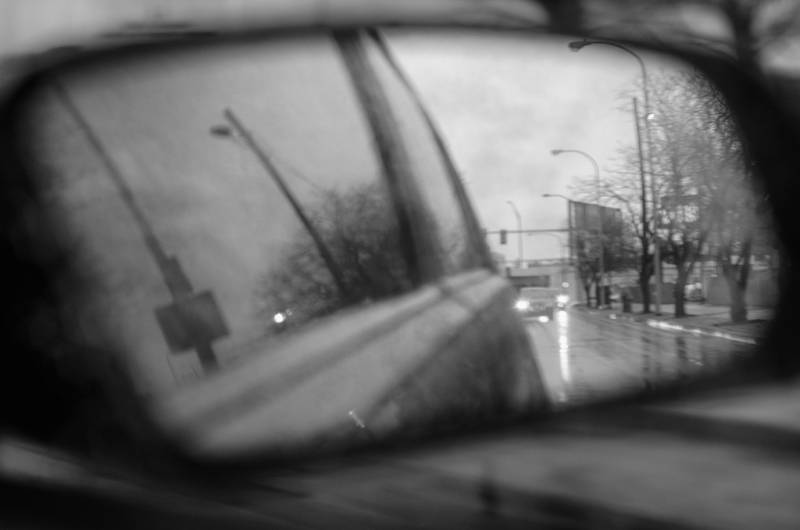 It's the difference between shooting a bullet and throwing it. (Larry Miller)

Vitale lent me a mint green Mexican made Fender Stratocaster. (For what it's worth, if I refer to you by last name, that means I like you more than other people.) The guitar is gorgeous and sounds fantastic. The Seymour Duncan pickup played through a clean amp is quintessentially rock 'n' roll. My fingers hurt something awful, but it doesn't matter, because I can't stop playing it. It's the first thing I do when I wake up and the last thing I do before bed. That might sound impressive, but make no mistake about it, I'm still dreadful at the whole guitar thing.

I used to hold to this theory that video games were an exceptional waste of time. My favorite example was Guitar Hero. I would argue you that if a person spent as much time practicing with an actual guitar as some of my friends were spending playing Guitar Hero, then he or she would eventually know how to play an actual guitar. She might not be very good at playing the actual guitar, I'd concede, but to be a bad guitar player is at least slightly more worthwhile than being a great Guitar Hero player. It turns out I was completely, totally, and utterly wrong.

It's exponentially easier to become a great Guitar Hero player. The actual guitar, while a simple instrument from the perspective of music theory, is so much more complex and difficult to master than a game like Guitar Hero, which is essentially focused on a small range of twitch responses, that the two don't even belong in the same discussion, let alone the same sentence. Furthermore, playing the actual guitar, even very poorly, is infinitely more impressive, worthwhile, and rewarding than mashing on a few buttons to control cartoon characters on a video screen to best even the best of your fellow button mashers. There is no contest.

Go on, get angry, and fill yourself with righteous lolrage, but before you give me grief, see how many first position A major fingerings you can think of and consider some reasons you might choose one over another. Then go play some video games.

Previous: A Buzzword by any other Buzzword
Next: It's Not You. It's Me. Actually, It's Not Me Either.