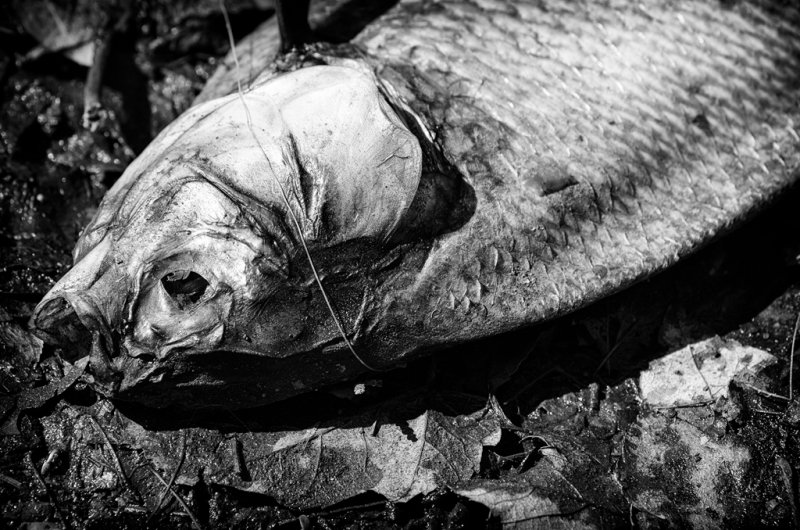 Oh, No, Please Don't Do That

This particular dead fish we're speaking of is reasonably large at perhaps ten inches to a foot long. It bobs serenely in the gentle waves without a care left in this world. I can't speak to fishy concerns in any world next. The fish has been dead for some time. You can tell because it's fraying around the edges. This obvious state of decay is no deterrent to the duck trying to eat it.

A duck doesn't have the beak (or bill as the case may be) for the task at hand: namely, ripping off hunks of rotting meat. She grabs the dead fish in her flat bill and vigorously shakes her head in various attempts to pull a hunk or two of fetid and fraying meat loose. Over and over again she clamps down on the putrid flesh and shakes her little ducky noggin until small bits of gross come off. She then greedily gobbles up these little bits of awful. The scene turns my stomach. I'm not sure why exactly, but there's something about a duck tearing meat from a rotting carcass that is inherently unnatural and revolting. I suspect you feel it too.

So, as it turns out, ducks are disgusting. Who'd have thunk it?

Previous: I'm Boring My Own Self Over Here
Next: Do We Really Need All That So Early in the Morning?