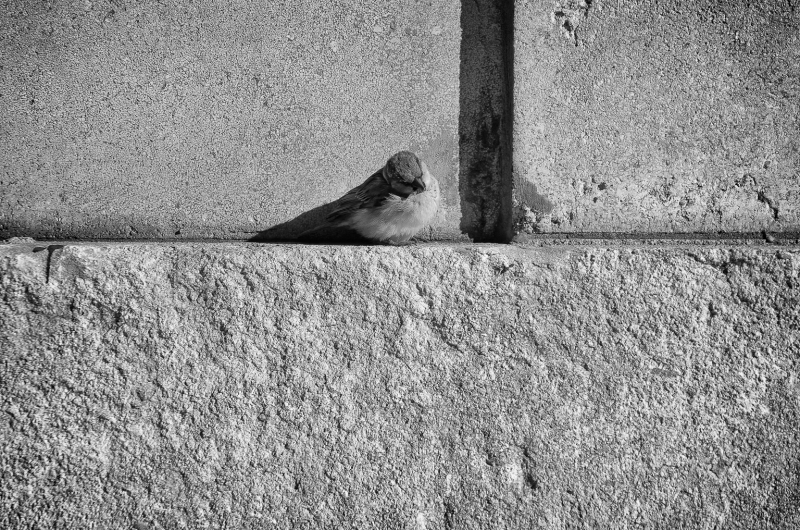 Getting Out of the House After a Blizzard

Today I had a chance to get outside and walk around a little. People are saying we got 20 inches of snow over the last couple of days. There doesn't seem like that much to look at it, but I'll take the locals' word for it. I don't follow the weather closely, myself.

The park next to my apartment is in deep snow. Normally I wouldn't let that stop me. I would trudge on through to find some pictures for the taking, but after Thursday's trip to the ER, I decided against it. I was up way too late writing last night too, which has me feeling kind of beat up today. Trudging through untraversable snow didn't seem wise, even if there were good photographs to be had.

The streets and sidewalks were mostly clear around here, so I took advantage of them to make my way to the PATCO train and headed into the city instead. The Philly streets and sidewalks were in pretty good shape too, although the major street corners were very slushy. It's going to be cold tomorrow, so there'll probably be a lot of ice to contend with during my morning commute. I'll deal with that mess tomorrow.

Right now I'm stretched out on the sofa, covered in blankets, watching a Futurama marathon on television. The show is available on Netflix, but I kind of like having someone else pick the episodes for me sometimes. I could do without the commercials. Commercials are the worst.

Previous: Snow So Far and Bad Movies
Next: Today Wasn't Half Bad