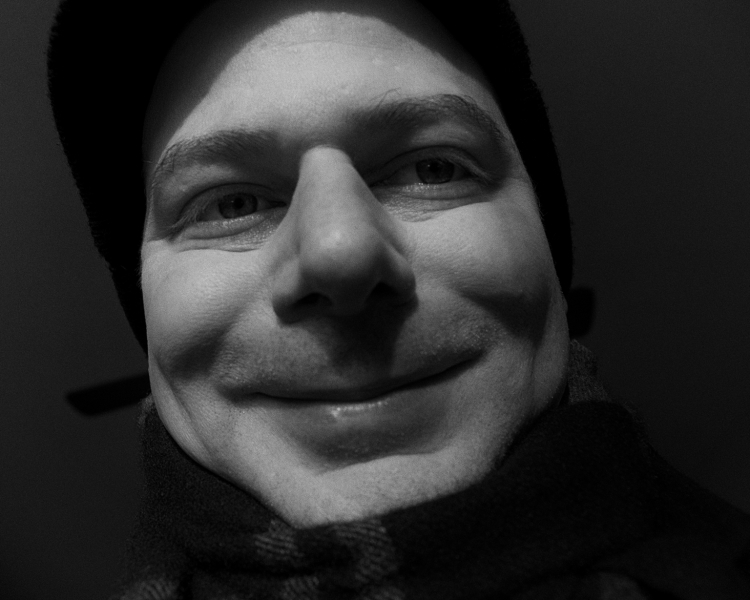 How I Spent My Day Off

I require one day out of each week to recharge. I start these downtime days off by staying in bed late and doing not much of anything. Some time around eleven a.m. I start to feel guilty for having laid in bed for the last three or four hours and head to the showers. I plan out my chores for the day while washing my buttocks and assorted other bits and pieces. The itinerary usually revolves around washing a large stack of dishes, doing a few loads of laundry, and spending the better part of the day cleaning my apartment. Once out of the shower, I invariably decide I'm in no mood to do all these chores (least of all the dishes!), swear an oath my next apartment absolutely must have a dishwasher, and then start off to the coffee shop to officially launch my day of procrastinating.

For many years I was a regular at the local coffee shop just down the street from my apartment. I used to spend all day there most days, for it was my home office away from home when I was a freelancer. Coffee shops are full of such entrepreneurial types. I made a lot of interesting friends and acquaintances during this time. Over the years, for one reason and another, nearly all of them stopped patronizing our old haunt with any regularity. I don't freelance anymore and instead work in a proper enough office in Society Hill, so I'm not often around the old haunting grounds either. And so, I, too, drifted away to a new location down the street from my job in the city. The coffee is a little better and the atmosphere is more to my personal tastes too. I never hang around and socialize here, beyond some brief banter with the staff. I especially like the staff; what little I know of them, anyway. Hauling my freshly scrubbed butt into the city on a weekend is, of course, a considerable investment in time. The round trip commute takes at least an hour and upwards of two if I miss a train. Obviously I wouldn't go through all this trouble just for an expensive iced coffee and the chance to talk to a couple of baristas for two minutes. Well, maybe....

I happen to enjoy riding on the train. I could ride PATCO from end to end for hours, if the car I'm in is reasonably quiet. As a kid, I used to cut school a lot. What can I say? I didn't like school at all. Sometimes I'd ride the Market-Frankford El back and forth from 69th Street to Frankford and back again, two or three times in a row, to kill some time on a cold day of playing hookie. It was warm and relaxing. In those days the El was a lot more dangerous than it is today, but I only ever got robbed on SEPTA once. I was cutting school on the train when a couple of kids (who were presumably cutting school as well) mugged me and stole my Sony Walkman right on the crowded subway car. Everyone on the train stood by and pretended not to see the strong arm robbery happening. I fought back that day and got a piece of one of them. The other ran off at the next stop with my portable tape cassette player in hand, leaving his partner to fend for himself. He didn't fare well on his own. I was laying into the kid pretty good, when all of a sudden the bystanders, who up until now ain't seen nothing nohow, found a sense of civic duty and pulled me off. Our hero promptly ran away while the crowd restrained me from giving chase. I doubt my Walkman was worth the trouble, but it was my favorite possession at the time, and I didn't have many possessions to speak of in those days.

Philadelphia is a far kinder and gentler place than when I was a teenager brawling in the subway. On my recuperation days, I like to ride the train into the city, grab a gourmet decaf Americano from my artsy little coffee shop which has been around nearly forever, and then wander around the neighborhoods for a couple of hours. I marvel at how things have changed. Philly has been transformed into a much more livable place than it was in the '80s or '90s. It's almost nice (depending on the neighborhood). Unfortunately, gentrification, even funky urban Millennial-style gentrification, while visually appealing after its own fashion, somehow isn't very photogenic. The patina has been stripped from the city and replaced with a faux distressed wood finish for which the camera lacks sympathy. I feel like I've come to the end of the line with my shtick here. This town simply isn't gritty enough for the camera anymore. Make no mistake: The city is still filthy, and the stench from the sewers is unreal, but the grittiness is all but gone.

Maybe I can get into nature photography. That would go well with my love for walking around aimlessly for hours on end. Coffee shops and restrooms can be hard to come by in the great outdoors though. Nature photography probably isn't for me. I have been meaning to try my hand at portraiture for several years now. I'm not sure how to get started with that. I don't like having my own photograph taken, so the idea of asking others if I can take theirs feels unnatural. Like many people, I feel I look odd in photographs. This isn't an unreasonable position to take either. Homo Sapiens are a funny looking and largely graceless species by nature. Some of us get to be beautiful (as humans go) for a time, which is nice for the chosen ones, but everyone definitely starts looking odd by their mid-thirties. It's not that you necessarily look odd to those around you. You look fine. Really, you do. Rather, at issue is the face in the mirror. This face, which is your face, gradually transforms into that of a familiar stranger you could swear you've seen somewhere before, but can't quite place where. It is an eerie and unsettling phenomenon. You should take a day to yourself to walk around the city and not think about it.

The Vaselines - Dying For It