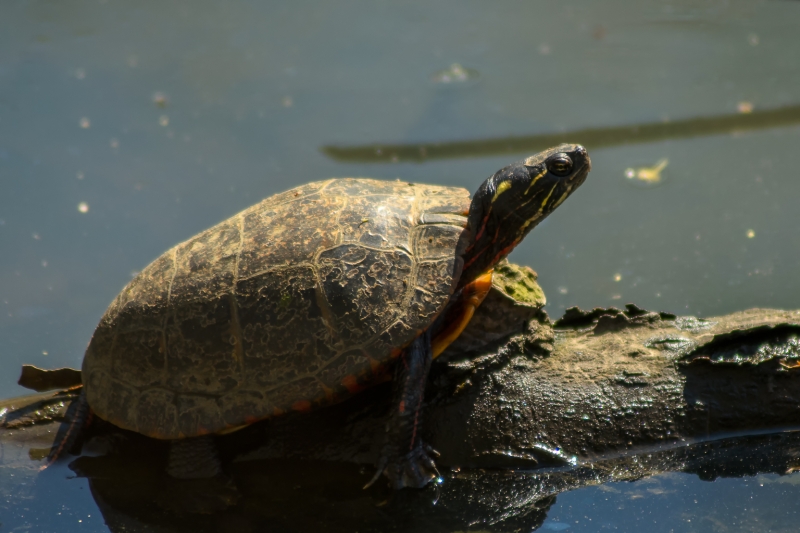 There were lots of things I wanted to do this weekend, a fair amount of which I really should have done, but instead I mostly nodded on and off uncontrollably for hours on end. I obviously need more caffeine in my life.

I suppose I could have my hormone levels checked by a doctor or technician of some sort for fear of a hypothyroid or whatnot. However, I suspect the issue stems simply enough from a lack of adequate stimulation. I think life became much less interesting once we all got addicted to so-called information and began leading lives largely online. It's like we're being distracted to death.

The weekend is nearly over now, and I'll be heading to bed in mere moments. The good new is, these last couple of days weren't totally wasted. I managed to photograph my first turtle of 2016. Turtles do not carry cellphones nor do they follow social media. Turtles are present in the here and now of this fallen tree branch, which lies half-submerged in a mucky pond and awash in sunshine.

Previous: Pizza as Religious Experience
Next: And flights of angels sing thee to thy rest