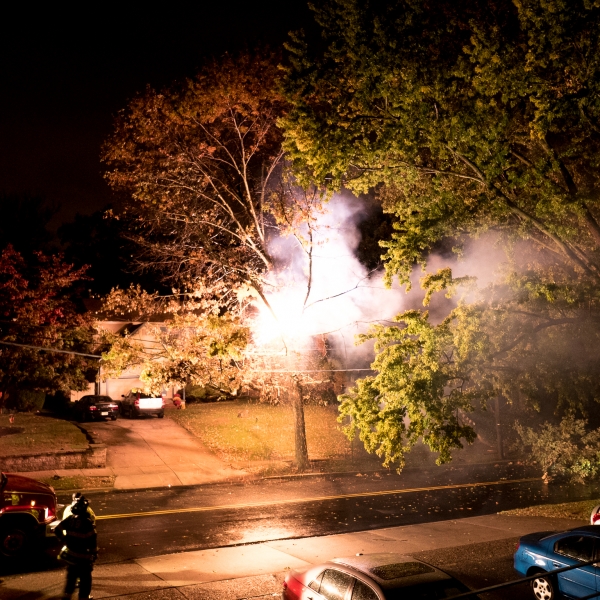 My birthday weekend wasn't all I had hoped for this year (and I never hope for very much). The problems all started yesterday when I ate some delicious french fries with my lunch. I occasionally forget I can't eat potatoes. They make me sick to my stomach. Very. And, as it turns out, french fries are made almost entirely of potato meat.

I usually remember about my potato issues a few chips in, then make sure to only eat about 1/3 to maybe 1/2 of whatever is on my plate. A small portion is usually safe. But these fries, they were fantastic. Crisp on the outside, melt in your mouth on the inside, and seasoned nicely—not too salty, but by no means bland. By the time it occurred to me not to eat so many, the only thing left on my plate was a couple bites-worth of the little nubby bits and pieces that migrate to the bottom of every fry pile. In for a penny, in for a pound, I ate those too.

Fortunately, I can settle the worst of my little digestive temper tantrums within a few minutes by taking Diphenhydramine HCl, which you may know as Benadryl. It works wonderfully, but there are side-effects to contend with. The package says it may cause drowsiness. And how, it may. My personal experience is that even 1/2 of a pill makes me feel like my blood has been replaced with maple syrup and Rohypnol, like a delicious breakfast roofie. I've spent most of the last two days simply fighting to stay conscious. I could offset the Benadryl by drinking a bucket of tea, which is what I did yesterday, but, after the drugs wear off, the caffeine will still be in my system, just waiting to kick into high gear.

Which is what happened last night. I was up until 3 a.m. On account of the tea. I'd like to go to bed soon, even if the time is only 9:00 p.m. I need to catch up on some hours missed from last night. The thing is, a very powerful storm blew through the area about two hours ago, snapping off massive tree limbs like twigs along the way. One such twig downed a power line across the street. The live wire was jumping around in the road, crackling on the asphalt and throwing off showers of huge sparks for about an hour, until eventually a hunk of the cable broke off. Now it's grounding out high up in a tree. This is causing a bit of a fire and the occasional explosion. It's pretty great. Well, not for the tree.

The fire department has been outside for hours, idling their trucks and chatting loudly, while they await the linemen. The linemen are here at last. The power has been de-energized for the entire street. And the Benadryl is finally wearing off. My blood is flowing more freely. The explosions have stopped. There's not much to do in the dark, and I have a sleep deficit to catch up on before tomorrow, so I'm off to bed. And here come the chainsaws. So many chainsaws.

Previous: Well, Well, Would You Look at All the Time?
Next: Rambling, Rambling