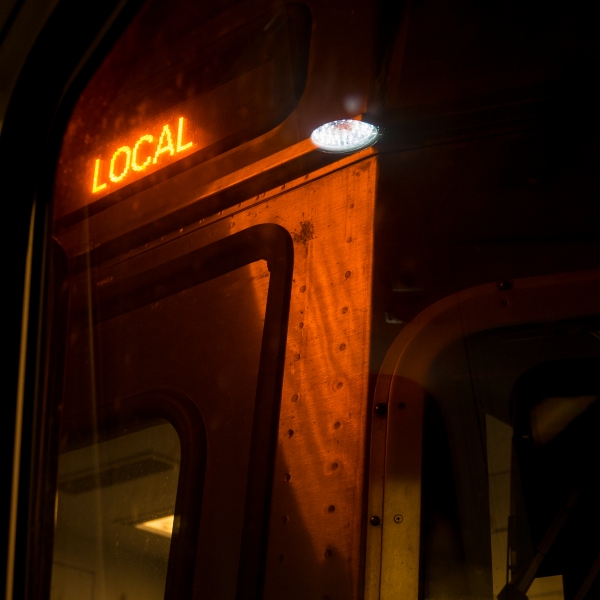 He that walketh with wise men shall be wise: but a companion of fools shall be destroyed.

I am home sick. It's not so bad. I'm achey and coughing with a low-grade fever. The fever may be gone. I'm not sure. It comes and goes. The headache part is constant. I'll probably be in bed for a couple of days. I slept through much of this one. My waking moments were largely spent on social media and assorted outbound links. I couldn't help noticing a lot of you have some toxic friends and family.

If they're not flipping their dookie over anti-Trump protests or the mere suggestion that an outspoken bigot advising the leader of the nation might be a bad thing, then they're flipping it over whether or not you should wear a safety-pin. For the record, you should wear a safety-pin. I've been wearing them since I was 13. For starters, they look cool. But more importantly, they signal to others that you think this is all a bunch of bullshit, but without being pushy on the subject. When you want to be pushy, you get an annoying haircut. That's how punk is done. As to why your friends have to be so awful, I can't say. Personally, I don't keep friends like that around long.

Despite all this yammering about bubbles*, I think it's actually possible we're too connected and talking too much. Bad information and inferior mindsets are spreading like wildfire. Web-bots are fanning these flames too, intentionally spreading misinformation and lies throughout the web: and we're sharing it all as though it were well-considered and noteworthy. This is irresponsible of us, as it's obvious many of our friends and family lack the ability to take these unvetted sources and their memes with a grain of salt.

The web as we now know it is proving to be a great disrupter and threat to Western Civilization. The foundational notion that a free exchange of ideas would necessarily lead to the elevation of the best ideas has proven incorrect. Web 2.0 and social media are largely to blame for that—along with every news site with click-bait headlines and essentially unmoderated comment sections. It's the duty of the Fourth Estate to vet the words published beneath their nameplate. Everyone has dropped the ball. As a result, a lesser form of mediocrity rules the day.

There is still much of virtue and value to be found online. If you're capable of taking things with that grain of salt I mentioned earlier, there's a lot of worthwhile op-ed and humor. The web is a great place to learn about computers and computer programming (which is a good way to make a living). There's lots of art and music too, even if everyone refuses to pay for any of it.** You can read—and even search—translations of most of the world's major religious texts for free. Government documents and scientific research papers have never been easier to come by. I could go on awhile, but I've already gone on awhile as it is, so I won't. Clearly the internet is not an inherently bad technology. We're simply using it poorly as a society, which is ruining things for everyone.

For my part, I've ordered (and maintain) subscriptions to a few periodicals, including The New York Times, The Economist, Art in America, Foreign Policy, and Scientific American. I'm trying to focus less on churnalism and more on these proven sources of information and reasoned opinion. I figure there's only so much news I need to know, and if I do need to know it, it's probably worthwhile to read up on the matter in a longer form from reliable sources who maintain a sense of gravitas. Will that put me in an elitist bubble? Sure. Whatever.

*There's a lot of noise lately claiming you're somehow living in a bubble if you don't reside in an impoverished rural area in which all your neighbors are white, Evangelical christians. You'll also have to buy a truck, enjoy fishing, and watch a lot of daytime television too. The logic strikes me as backward, in that it claims if you don't do all these stereotypical things one particular group does, then your the one with the stunted world-view. Of course, it's not an argument based in reason, so much as unabashed pandering for the purposes of propaganda and manipulation.

**I still buy music. I feel like if there's no financial incentive to make art, a lot of artists will go off and do something else instead. That's what I did. If everyone did that, there'd be little to no art worth speaking of. I also feel the art of a devoted craftsman working in the studio every day is nearly always of a higher caliber than that of the hobbyist working it in around the household chores on weekends. So the whole, "Artists should do it for the love of it," argument doesn't hold much water with me.

Previous: Yes, This Is Your Fault
Next: Get to Stepping