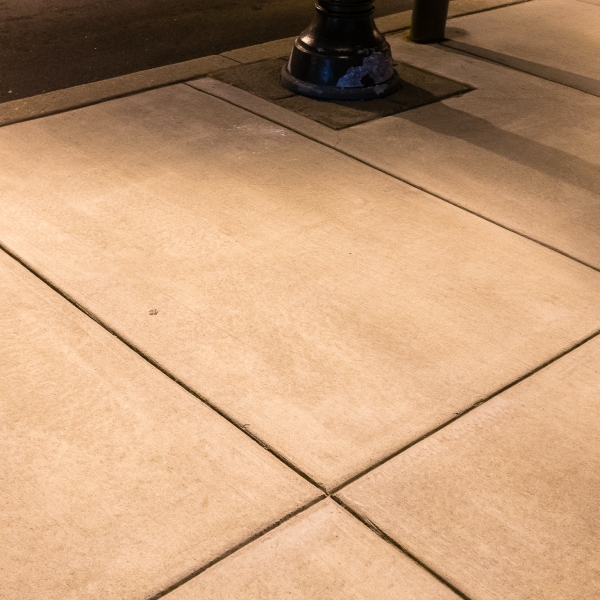 There were about five or twenty of us at any given point. Our numbers and makeup shifted throughout the night, as was our way. We were kids dressed in army-surplus paratrooper pants, heavy boots, and assorted punk rock band-shirts. We all had our mohawks up that night. My own mohawk was over a foot tall at the time, and not nearly the most ridiculous of the bunch. Mohawks up is a special occasion, because getting a proper fan to stand up straight is a lot of work. Usually we just let them flop in front our face like the Misfits or maybe off to the side like surfers. Kids are silly, but such silliness is meaningful at the time.

We went to the WaWa on Fifth, which is a diner now, but it definitely used to be the WaWa where all the punk rockers rendezvoused. We bought a half-gallon of Breyer's vanilla ice cream and stole a 3-liter bottle of cola. In our hurry to steal some pop we didn't grab any cups. Or bowls. Or napkins. Or spoons. We tried eating the ice cream as though it were a communal tub of poi. We scooped it up with our fingers and made a royal mess of things. This devolved into a good-natured ice cream brawl. The ice cream was what we used to put our mohawks up. They call that product these days. Back then we weren't so fancy and just called it dessert. Whatever you call it, it works really well for mohawks, except you might get ants.

Some adult with boundary issues bought us booze. I don't remember who. We drank the booze. It was invigorating. By the time we had tired of the festivities and decided to wander home there were only four of five of us left standing. We'd been in at least two street fights and a couple of police foot chases. One of the fights was with some locals slinking off Bainbridge on the prowl for trouble, which they found. Another involved a NAZI skinhead and I agreeing we each didn't like the looks of the other and ought to pummel one another over the matter. He had knuckle dusters, I had sharp rings. I won that one by a decisive knockout, but those brass knuckles definitely put a hurt on me. I may still have bruises from that night.

As we made way our back to the various bus stops and subway stations that would carry us home to our concerned families, we crossed by Washington Square park. That's when a ruckus came along. There were at least 30 of them running through the park. They were smashing everything and everyone in their path—and they were headed right for us. As the wolf pack crossed 6th it became obvious we weren't going to escape. They got to P__ first. A couple of guys struck him about the head and threw him down like a rag doll. P__ was built like a tank. Seeing him fall so quickly was demoralizing. The next attackers in line snatched up garbage bags from the sidewalk and smashed them over P__ while he was curled up in a defensive fetal position. Things were going poorly so far and plenty more attackers were coming our way.

For my part, I cracked my 40 bottle on that low, rounded brick wall in front of Independence Place, wasting my beer but leaving me with enough sharp glass to strike up a conversation. Broken bottle in hand, I ran back into the fray and took up a position standing over P__, who was still on the ground and not moving, aside from the sporadic twitching unconscious people enjoy. Fortunately, the sparkly knife-edge of a broken bottle was enough to discourage any further assault, as the rest of their lot ran past us with hardly a third look.

That was 30 years ago. Time flies when you're not having nearly as much fun.

Friske And Perpetuum - Step Up

Previous: Taking a Sick Day, Maybe Two
Next: Clickbait-and-Switch Titles in the 60s