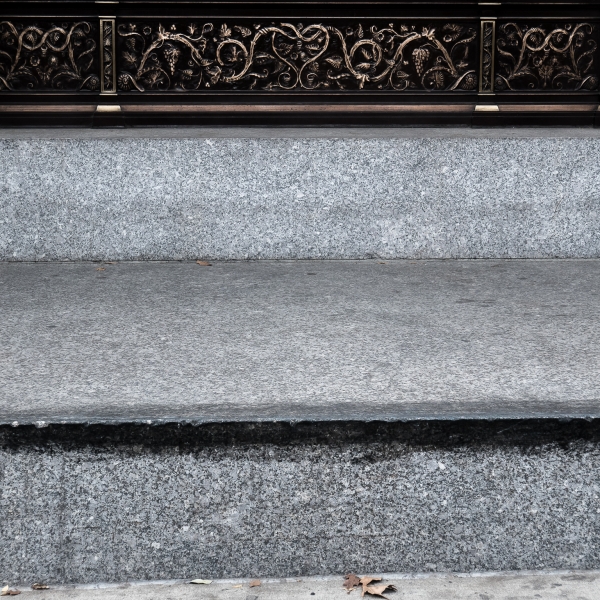 Sick on the Sofa

I've been running a fever all weekend. As a result, I've largely spent my time crashed out on the sofa, watching streaming television and television-like programming. Or, more accurately, I've been trying to suffer through programming in the hopes it will ultimately prove entertaining, which, on the whole, it has not. (If you want, you can skip all this and go right to this week's reading list.)

My first disappointment was The AO on Netflix. I don't know what it's about. The show begins with a woman jumping off a bridge in an apparent suicide attempt. A cheerful opening, but not to worry. In the next scene, she awakens in hospital. She landed feet first. She'll be fine. It turns out she's been missing for 7 years. Before she disappeared, she was blind, but now she can see. So that's good. She has some kind of horrific occult scarring on her back. Not quite so good. Otherwise, she's uninteresting and wholly lacking in charisma.

She teams up with an equally charmless, psychopathic high school bully who recently encouraged his Rottweiler dog to actually maul her. She ultimately won the fight with the dog by biting it back. Now she and the dog are friends or something. She becomes partners in crime with the bully, on account of she needs internet access and he doesn't want to be sent to military school, so all that follows. I suppose the story is more complicated than this, but I wouldn't know. I gave up caring about anyone in this tale after about 15 minutes, held on for another 17 minutes, and that was enough for me. "It gets better!", you protest. Who cares? Seriously, who honestly has the time to care?

Then I tried watching Reggie Watts' new special, Spatial, which was an exercise in futility. Spatial is everything bad, slow, boring and pointless about Comedy Bang Bang (and pretty much everything about Comedy Bang Bang is bad, slow, boring, and pointless at best) rambled live on stage for who knows how long. I gave up after 25 minutes. "It gets better!", you once more argue. Is that really how you want to live your life? I like Reggie too, but this wasn't good. It just wasn't.

With time yet to kill on the couch, I signed up for a 30-day free trial of HBO through Amazon Prime. That way I can watch shows on-demand for the next 30 days. Mostly I want to watch Westworld, but I figure that's a group activity in which you invite people over to watch with you. In the meantime, I tried a few episodes of Silicon Valley. Technically, Silicon Valley is well done. As a computer programmer, I found it to be largely accurate in its stereotyping of the industry and culture. Unfortunately, after 3 episodes, I noticed I hadn't laughed once. I smiled wryly and even warmly on many occasions, but I didn't actually laugh at all. And I didn't care about any of the characters. I don't know why. Yeah, yeah, I know, "It gets better!" Whatever.

Next, I moved on to Last Week Tonight with John Oliver. If The Daily Show is satire people mistake for journalism, Last Week Tonight is journalism pretending to be satire. The show provides reasonably in-depth analysis and editorial on various meaningful and worthwhile topics. It gets my seal-of-approval, but personally, I don't care for it. I'm exhausted by our culture of outrage. I'm not saying Oliver, me, and all of you shouldn't be outraged, as most of the things featured on the show are truly outrageous. I simply no longer have the psychic energy to endure being shouted at for things I didn't do, let alone to call such an experience entertainment. I get that John Oliver is not, generally speaking, hollering at me, personally. The gag is we're supposed to be raging against injustice and corruption together. However, the actual in fact reality of the situation is that there is an irate Englishman yelling and swearing at me in my living room about things I have no control over. I watched 8 episodes. It doesn't get better.

Lastly, I checked out the new The Tick pilot on Amazon Prime. There is only this one episode so far, but they promise more are coming soon. This is not The Tick I recognize from the cartoon or the wonderful live-action series from 2001. It's darker. There's an underlying meanness to it. It's violent. It presumes some of the main characters are mentally ill, and not just that other people don't understand them and so think they are crazy. The Tick himself is smarter and more sophisticated than perhaps he should be. I don't know where this one is going. Of all the shows I've discussed here, The Tick has the most chance of being something you don't see every day. I do, however, miss the innocence of the original adaptations. Why does everything have to be dark and "grown up" anymore? I'm only 46. Allow me to enjoy my childhood with what little time is left to me.