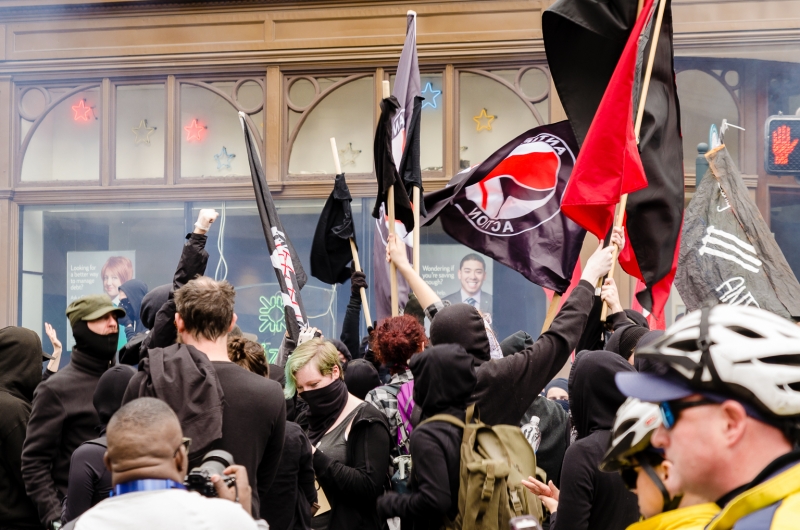 I Had a Nice Time

When you gang bang and take money from banks,
You only have yourself and your fucking guns to thank.

There was a lot I wanted to accomplish today. However, I recently determined I don't have much fun as of late. Do not misunderstand me. I am not at all depressed or unhappy. The issue I'm having is that I habitually work, work, work, and occasionally sleep. That's no way to live, so I'm reducing my daily todo lists down to three or four key items each day. Today's list was, and I quote myself here:

I rolled out of bed at 10 a.m., took a shower, and headed into the city, todo list in hand, intent on buying some groceries. I brought my Nikon D7000 along because my nearly brand-new Panasonic Lumix DMC-LX100 has dust on the sensor already. Every shot features what looks like a big ol' pubic hair in the upper left corner. The camera will have to be serviced. I can deal with that. I have the dollars to get it fixed and I love shooting with my D7000 in the meantime. She's just a bit heavy to haul around.

I took the PATCO into town and immediately headed for my all time favorite coffee shop. On the way, while cutting through Washington Square Park, I noticed a couple dozen kids dressed all in black, some wearing masks, gathering on the west side of the park. For why all this?, I wondered. The Internets rarely leave the house unless Pokémon are involved. Then I recalled there were pro-Trump demonstrations scheduled across the country today, including Philadelphia. It's a party!

But first, coffee. I'm partial to half-caff iced Americanos with extra ice, personally. They're actually tastier than the ones made with all regular espresso. Try one sometime. So I get my coffee. One of my many barista crushes is very pregnant. I didn't mention it, because I wouldn't want to imply she had been having sex. It's not my place. Occupied. I get my delicious coffee treat, don the bluetooth headphones, and head off to Independence Hall.

It IS a party!!! Technically, the Trump rally people aren't exactly at Independence Hall. They're on the other side of the plaza just off Market Street. There are about maybe 100 of them, secure in a perimeter of those portable steel barriers the city bought by the thousands when the Pope came to town. At least 100 police officers are surrounding them, but it's cool. They won't stop you from crossing the police line in either direction, if you're calm about it, carrying a large camera, and obliviously listening to music really loud on headphones.

The Antifa(scists) showed up to counter protest. There were maybe a little more of them than Trump supporters. Personally, I thought the police should have moved aside and let them all hug out their differences right there in the park, but nobody ever cares what I think. Instead, they let the Antifa posse march around the block repeatedly, but that was about it. The Antifa had lots of fun flags and some kind of fireworks that gave off a lot of theatrical smoke, but wouldn't at all qualify as a proper military smoke grenade. They shouted slogans and called the police gazpacho. Or maybe they were saying gestapo? That makes more sense. I was pretty hungry at the time.

Despite the Antifa's griping, an impartial observer, like maybe myself, would have to agree the gazpacho were pretty chill. They let everyone have a good time rallying and protesting and waving flags and all that. When the party was over, the gazpacho made sure the Shirts and the Skins left by different routes. I got caught up in the middle of that, but the copper I talked to was very friendly and respectful in pointing out they were moving the two groups in different directions.

All in all, it was a good time with lot's of posturing, pomp and circumstance. I think the whole experience was made better for my having enjoyed the spectacle to a randomized soundtrack of songs by The Black Angels, Desaparecidos, and Mindless Self Indulgence. Fun times.

I'm not cleaning this apartment. Ever.

The Germs - We Must Bleed

Previous: One to Beam Up
Next: Punk, Painting, and the State of the Republic