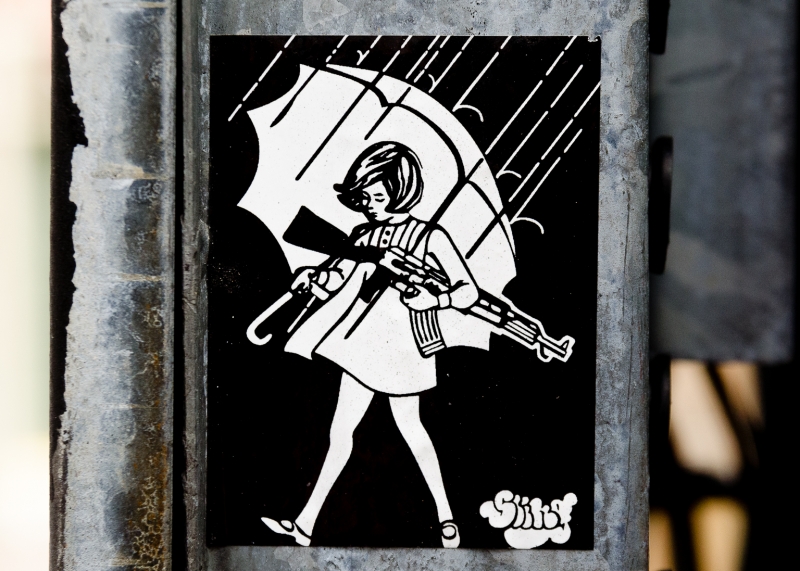 I've put in notice with my landlord that I will not be renewing my lease come June. I will miss the place, but I can't wait to get out of here. Familiarity breeds contempt. I've been here long enough that minor nuisances have begun to drive me mad.

Like the shade that won't go down unless you pull the cord at just the right angle while tugging gently on the bottom of the blinds. Or the vintage steel cabinets that swing back open if you don't close them hard enough. They also swing back open if you close them too hard. You have to close them just so, or you're doomed. Then there's the shower that is never the right temperature. No matter how you fiddle with the knobs, the water will be either slightly too chilly for comfort or scolding hot. There is no middle path here, Siddhartha. Typically, the shower mixes things up a few times throughout the course of a 10 minute wash cycle–alternating between too cold and second degree burns. It keeps things interesting. I could go on, but I won't.

The chief reason, of various and sundry, I am moving is that I'm burned out on commuting. I go into the city almost every single day. This is not an exaggeration. I work in the city. I run most of my errands in the city. I spend much of my free time walking around the city taking photographs. All of my favorite places are in the city. I spend about an hour and a half of nearly every day traveling to and from Philadelphia.

When my friends point out how expensive apartments are in the city, I get it. I'm looking at $1,500 a month bare minimum to live in a decent place in a good neighborhood. Leaving a $765 per month apartment (in a quiet neighborhood and right next to a lake) seems crazy to me too. But then I consider how I spend what amounts to a full 40 hour work week, plus a couple hours of overtime, getting to and from the city each month. Yes, the rent is a lot more expensive than it is in the suburbs, but you can't get your time back. There are no refunds for life spent in transit.

Previous: You Never Outgrow It
Next: I've Signed the Lease