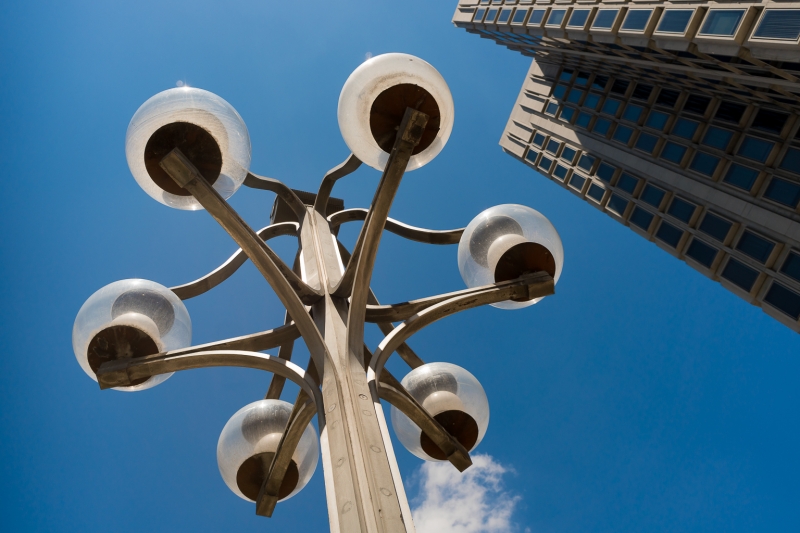 They Say She Slipped on Ice

The weekend is winding down and the working week awaits the morning. I feel like I didn't get much accomplished these last few days. No, I'm certain of it. Most of my time was spent lying in bed watching computer science videos or else walking around the city taking photographs.

I take many photos, but I'll never get around to processing even a fraction of them. I'm not too concerned. It's snapping the shots that I enjoy, and not so much the artifacts generated by the activity.

- Import a few hundred files at a time,
- Delete the images that have dramatic technical problems,
- Flag a few of the more interesting pics for "later,"
- And, finally, process maybe two or three of the better (but seldom the best) shots from the current import.

I almost always put my favorite captures aside to be worked on when I have "more time" to give them proper attention. Why I don't know. Any free time of the future will almost definitely go to studying and taking yet more photographs. It's who I am. Not immediately focusing on the best images would seem an obvious undermining of my own body of work and a minor act of self-sabotage. The illusion of infinite tomorrows is pernicious.

Sign up for the Sitting in Oblivion newsletter at TinyLetter.com.