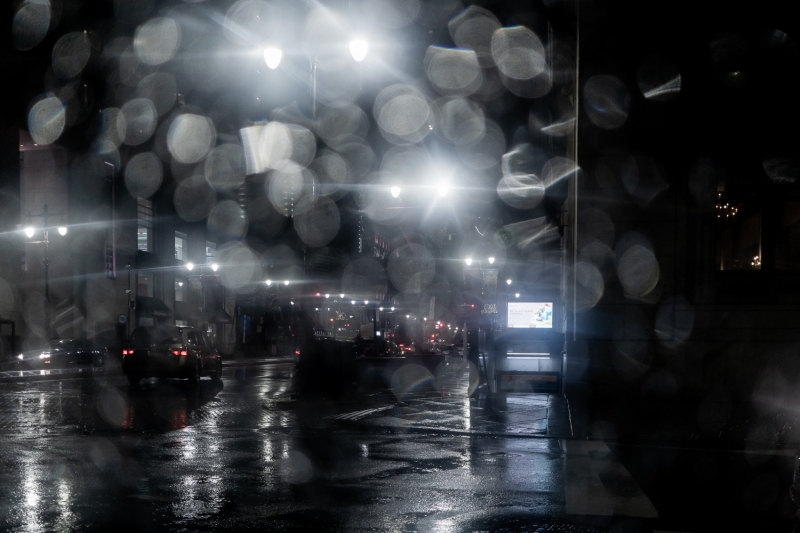 On Waking Up (No, Not That)

I had been considering submitting to a study to see if perhaps I have sleep apnea. Over the last several years I've been having a hard time waking up in the morning. No matter how early I go to bed, the next morning finds me engaged in an hour and a half long battle with my alarm clock (which is actually more of a telephone (which is actually more of a tiny computer I occasionally make phone calls with)).

My typical routine is to set the alarm for six a.m. and head to bed by ten p.m. to ensure a solid eight hours of rest. Come six the next morning I sleep in seven-minute intervals afforded by the snooze button. This carries on until seven thirty. It's miserable. The next week I make sure to get more than enough rest by going to bed at nine o'clock each night. When the alarm goes off, I hit snooze. It goes off again. I hit snooze again. And again and again. This goes on until about seven thirty. The week after that I might try going to bed at eight o'clock each night, which is total overkill, but the results are the same. I drag myself out of bed at seven thirty the next morning, exhausted from trying to sleep through my alarm.

I shuffle my bed and waking times around every few weeks. I try more sleep and less sleep. I divine my optimal sleep schedule using a sleep cycle calculator. I buy software for my phone designed to start the morning alarm only when I'm in a light phase of sleep. (It determines this by listening to how much flopping around I'm doing in bed.) I then buy a two hundred dollar fitness band to give the phone a deeper insight into my nocturnal floppings. I spend hundreds of dollars on hi-tech lamps that emulate a sunrise each morning. I cut out caffeine and alcohol. I turn off all my electronic "screens" two hours before bedtime. Nothing works. Each and every morning begins yet another war with that damnable alarm clock. For years on end.

But why seven thirty? I thought about that for a bit and concluded seven thirty is about as late as I can wake and still get to work on time. Considering that I enjoy a thirty-minute walk to the skyscraper each morning (and usually make it into the office ten or fifteen minutes early at that), we're talking about a leisurely morning even. My sleeping brain knows as much and will not compromise on the matter.

I now set my alarm for seven, go to bed around eleven in the evening, and wake up well-enough-rested about fifteen or twenty minutes before my alarm goes off. It would be great to rise before the sun and get in a workout and meditation session before heading to the office, but I was hardly ever doing that in actuality. Instead, I was making myself miserable fighting with the alarm-phone all morning. This new way is much better.

The Thermals – When We Were Alive (from Now We Can See)

Previous: Another One Already?!
Next: Not a Mark on Me, I Swear