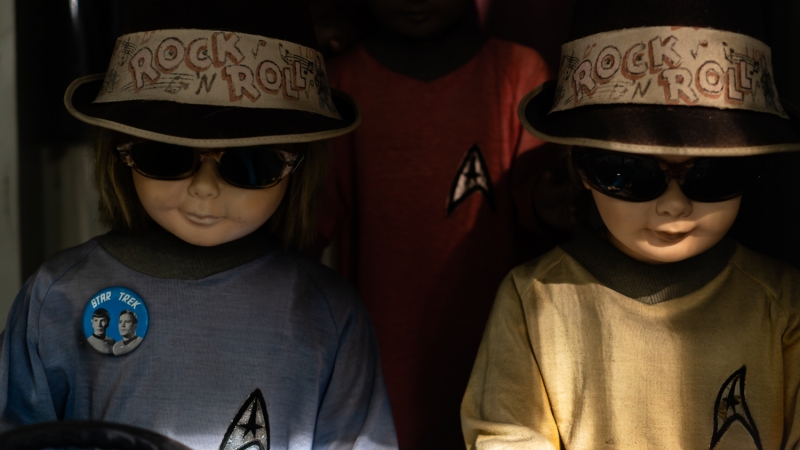 Not a Mark on Me, I Swear

The times are gloomy. Fortunately, it is not my job to brighten them. —Sigmund Freud

HI THERE! Long time, no see. How have you been? I can't complain. In fact, I've vowed not to.

Not long ago, a friend noted I had begun complaining too much at █████. My initial counterargument was that I wasn't griping, per se. From my perspective, I was trying to express a need to improve certain situations and suggesting possible strategies for doing so. However, this was apparently being taken by others as bellyaching. Nobody likes a whiner, so I made a personal vow not to complain about anything, ever.

Since then, I have learned that to see correctly, I must take a medication called Cyclosporine. Generic versions of the drug are readily available in oral liquid form, but I have to take it in eyedrop form. The "ophthalmic emulsion" version is still under patent with no generics on the market. With my health insurance coverage and a manufacturer's coupon combined, the treatment costs me $185 per month. I won't go blind without it or anything like that. It's only if I wish to see the world without colorful sparkles clouding my painful double-vision, then I need to pony up a buck eighty-five every thirty days; forever. Should I rejoin the ranks of the uninsured, the MSRP on being able to see correctly is a few pennies shy of $660 per month. Welcome to America.

And then the Internet stole my credit card. The good one. They used it to buy stuff on Facebook of all places. I can't seem to get away from talking about FB, try as I might. I'm not sure how those darned h4x0r5 acquired the secret numbers for withdrawing monies against what I jokingly refer to as my credit. Presumably, topnotch scripts were employed. I think I caught the thievery early enough that they didn't get too far. It looks like the crooks probably only got that one credit card and not my entire bank account or various other debt vectors. Only time and my credit report will tell.

Next came the matter of my choppers. I have smashed my teeth by grinding them in my sleep. I try my best not to grind them so hard, but I have almost zero self-control while asleep. I'm a wild man in my dreams! It's severe enough that chunks of enamel have been flaking off from the pressure, exposing the dentin beneath. It's unpleasant. I've been wearing bite guards at night, but it isn't uncommon for me to slice clean through them. I need at least 7 crowns to repair the damage. I was scheduled to get all this work done ages ago, but fell prey to a series of untimely medical events that required me to put the work off again and again. Last week I finally returned to the dentist to pick up where we left off, only to learn the dental practice I go to is out of network for my new insurance provider. It wouldn't matter anyway, because my dentist has run off to work out of another office in Maryland. Back to square one.

But wait, there's more. On Tuesday, I was attacked by at least 6 and possibly as many as 8 youts in broad daylight on a crowded street at rush hour. As I was about to walk by said youts, they played the classic prank where everyone spreads out and moves forward such that there is no way to avoid them, forcing me to pass through a forest of sucker punches, mostly coming from behind. I was able to easily slide out of the wood and gain enough distance to prevent them from surrounding me while I got my hot sauce out and moved back in for a counterattack. They fell back just far enough to demonstrate a reluctance to engage with someone intent on fighting back but weren't willing to run off back to the hood quite yet. After maybe a minute or so of staring longingly into one another's eyes, we all went our separate ways. Not one single word was exchanged during the altercation. There was no need. These were the same kids who have been trying to jump me since I was a young hood rat myself. What more could we possibly have to say to one another after all these years?

I lost one of my AirPods in the scuffle, too. I don't think I will buy new ones. That would cost me $160, which is a gratuitous expense I'm not likely to indulge in a second time. Besides, I have someone's Facebook purchases to pay off while I wait for the bank to resolve the fraud investigation, and then I've got eyedrops on layaway, and thousands of dollars in dental work to schedule asap. I'll hum to myself or something on the morning commute from here on in.

I'm not grumbling, mind you. I'm merely noting that all these less than ideal things have happened since shortly after I made a personal vow not to fuss over such matters. An amusing thing about pointedly not complaining is that soon after I started (or maybe stopped?), everyone at █████ began getting into literal shouting matches with each other. Me, I stay out of it and watch them go. I wouldn't want to be taken for a whiner. Ironically, non-complaining has taught me that maybe I don't actually care all that much about most things in anything other than the abstract sense. This probably isn't the recommended takeaway, but I got jumped by a bunch of bored teenagers while in the middle of a lecture on the Buddhist concept of Bodhicitta and haven't bothered returning to the recording to see how it ends.

Previous: On Waking Up (No, Not That)
Next: Lady in the Window